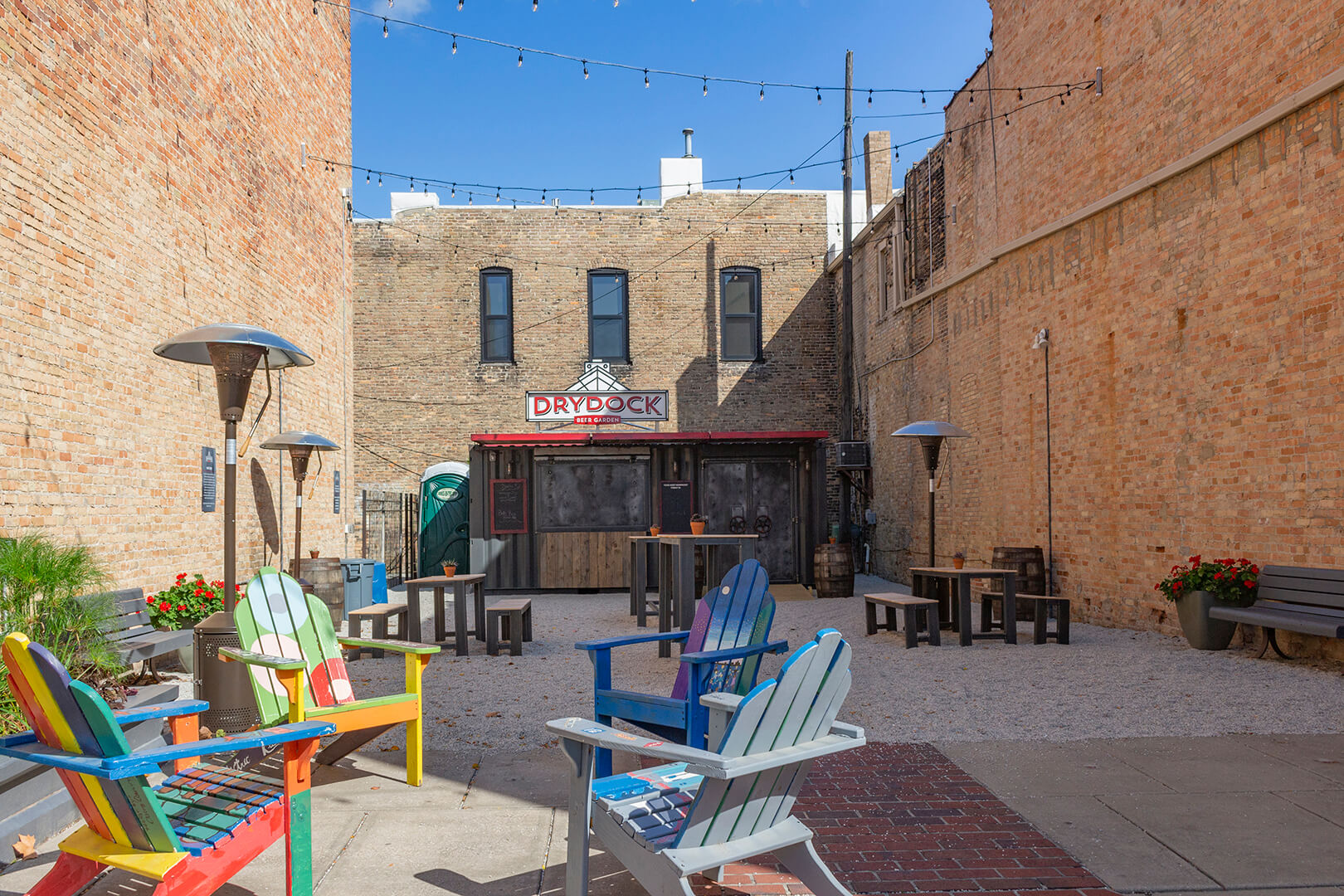 The ZENTX Experience: Talking with the State Theatre’s Mike Bacigalupo

You know what makes a project really special? Working with people who share your values. When we talked with Mike Bacigalupo about the container bar we built for his organization, he kept describing the project as ”fun.“ Now, we like to call it ”rhinotude“ around here, but working with enthusiasm and having fun at work is definitely one of our core values.

And when Mike talked about visiting our facility, he singled out our team spirit as something he really appreciated. Getting compliments like that really is special, since teamwork and a healthy company culture is something we prioritize.

Mike didn’t just talk about us, though — far from it. He discussed Drydock, the State Theatre‘s plans for it, the story behind commissioning the project, and more. Some of Mike’s comments were included in the video we made about Drydock, but he had so much more to say. Check out the video below, then underneath it you’ll find the transcript of our conversation.

Could you tell us about yourself and what you do here at the State Theatre?

My name’s Mike Bacigalupo and I’m the Chief Operating Officer here at the State Theatre.  I book all of the entertainment, I do all the fund development (along with a few committees), and basically oversee the theater proper itself.

What all do you guys do? What’s the focus of the State Theatre’s programming?

We focus on family entertainment, we focus on comedy, music, live music, movies. We try to bring back the old movies and things like that. We try to do “fun for the whole family” type of events; we basically just focus on good old-fashioned fun.

When did you start thinking of having the Theatre take on another project?

About a year ago the container bar idea came up to me and I brought it before a group of people that were a little less enthusiastic about it, but one of the people in the meeting was Alan LaFave from the Hell’s Half Mile Film & Music Festival, and he came to me and said “What if we partnered on this?” We got [both] our board[s] of directors to agree with partnering with each other, and when we did that it came to fruition pretty quickly.

We just basically said, “Let’s do this, let’s run with it, and let’s have a lot of fun with it.” It became a pretty good partnership right away and we’ve decided it’s going to be a longstanding [one].

We just started with [Drydock] and it’s been a lot of fun already.  We’ve got two [other] nonprofits [to run] it in the coming months and then we’ll shut it down before the end of the year. We’ll bring it back up in May when we’ll have a full schedule, a lot of nonprofits on the schedule to run this container bar, and we’ll make sure that everybody profits from it, as well as has fun at the same time.

How does it help the Theatre to have a side project like Drydock?

Well, this isn’t the only side project that we have; we also [manage] the pavilion down in Wenonah Park and we manage the park for the city of Bay City.  We don’t make any money on either of those two. But this project, we actually will make some money and then we’ll be able to fund other projects with [that].  I also look at it as an outreach to people — supporting nonprofits basically one beer at a time.

So what are some of the projects that you’re hoping to fund with this?

We’ll look at funding — bringing in more entertainment — and maintenance of the theatre, the park, the bandshell, the pavilion, those kind of things are what we’ll fund.  It’ll go right back into our buildings and/or venues that we already operate.

How do you think Drydock’s first couple of weeks have gone?

We’ve had one day that was rainy, but even though it was rainy, we still had people come out. With umbrellas. And it was fine. The first two weeks of Drydock have been absolutely well-received, and we’ve had a lot of fun with it.  We[‘ll] start into September and it’ll just kind of keep going, and hopefully we gain momentum and have fun with it each week.

And lastly, how would you describe your experience working with ZENTX?

Working with ZENTX on this project has been, in one word, phenomenal. I will say that. We came to them with an idea; they came to us with an exceptional product. When we saw it, we were just floored by the way it looked.

In one sitting they’ve done a great job, and we didn’t have to keep going back to the drawing board every time. They just presented us with it and we were excited about it right from day one. I was told that it was going to be about a six month project and it [was] more like a six week project.

And when I visited [the ZENTX facility] and saw the place, everybody was so personable and very polite. And I could see that when you work at ZENTX on a project, you’re working as a team. It’s not one person doing everything, it [looks like] a team effort on every project. I know some people who work there and they said, “This is what I did;” “This is what I did.” But you can see it was a full team effort on the whole project that we did, and we are very excited about it and very excited about working more and more with ZENTX.

To hear more about the Drydock project, check out our interviews with Alan LaFave and Bruce Falcon.