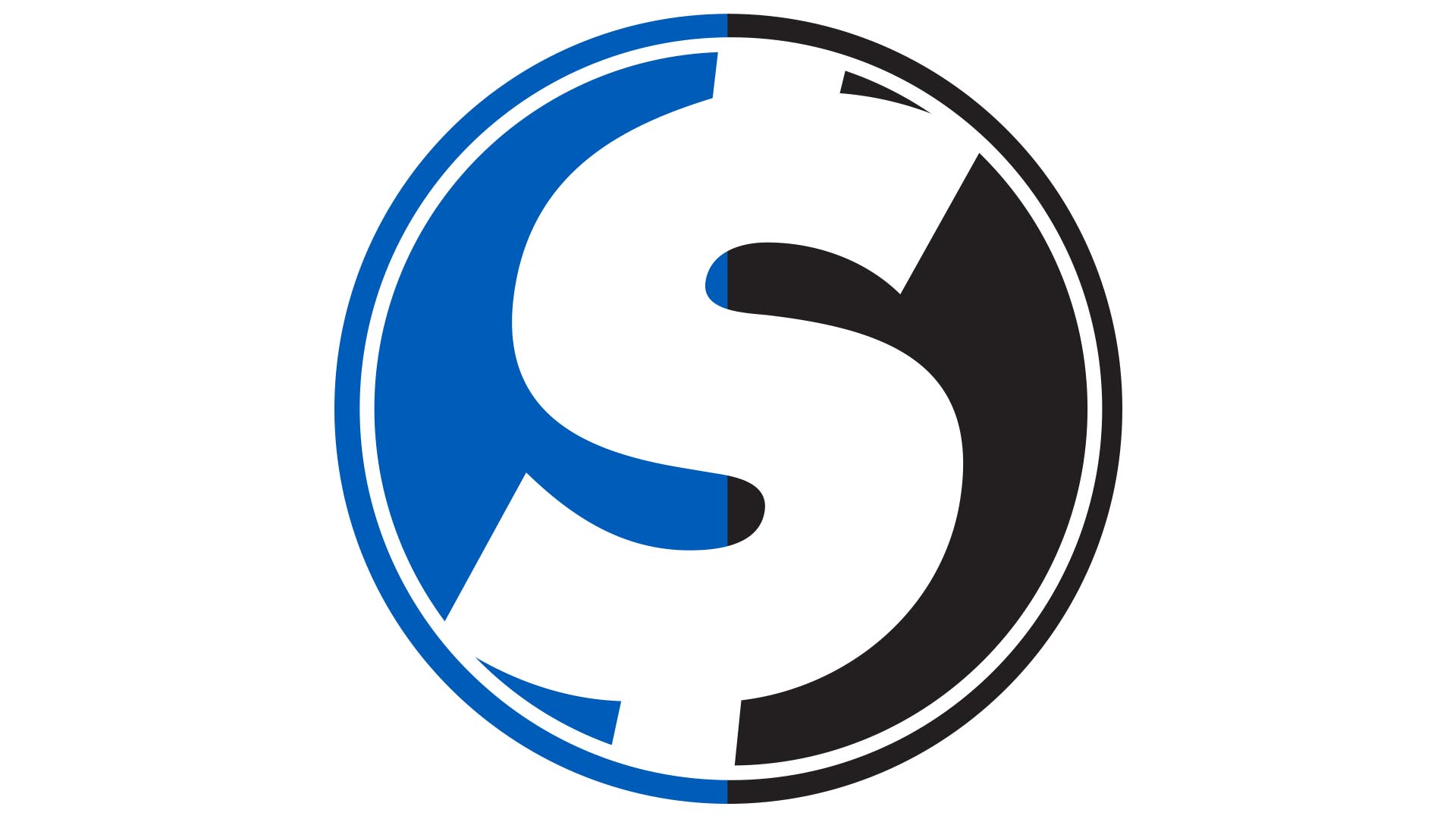 Last time, we talked about a sad misconception regarding work, the misconception that says it’s a curse. That it’s something bad. Something to wish away. In truth, toil may be a curse, but work itself is a blessing. To believe otherwise is to misunderstand what it means to be human.

That’s not the only sad misconception floating around among working humans, though. Another unfortunate misnomer in our world is the idea that “money is the root of all evil.” No one ever said that. At least, no one of any consequence to us. A couple thousand years ago, though, one very wise person did say something that sometimes sounds similar: “The love of money is the root of all kinds of evil.”

The Business of Businesses

We normally associate “Econ 101” with our old dorky Economics professor with the mustache who wore pants a couple inches too short and loved his white board. But don’t worry. Econ 101, ZENTX style, is a lot cooler than that guy, and it’s not about graphs and charts and data. It’s about the heart behind our everyday work.

The first fundamental principle of ZENTX’s attitude toward money is the understanding that making money is just a part of being in a business. Look up the word “business” in the Merriam-Webster dictionary, and you’ll notice that the first set of definitions uses words like “commercial,” “mercantile,” “livelihood,” “transactions,” and “an economic nature.” Even if you don’t know what they all mean, they still ring of money-related matters, suggesting that the very concept of business is inextricably tied to the use and possession of money. Even Wikipedia sums up “business” as “the activity of making one’s living or making money by producing or buying and selling products.” You see, money is right in the definition of “business.” Money, in other words, is the business of all businesses.

Now, if it’s true that “money is the root of all evil,” then we should be concerned about anyone connected to businesses. After all, if money is evil and businesses are all about using and making money, then businesses must be evil too. (Whew. There’s a syllogism for you.) But, as we clarified earlier, that mere presence of money isn’t evil. The evil comes in with the love of money. It’s that love of money that can break a business.

The Root of All Evil

In the business world, loving money can take on lots of different faces. Those faces can look like any number of old, penny-pinching misers with wrinkled and crinkled faces. They look like Mr. Scrooge from Dickens’ A Christmas Carol. They resemble George Bailey’s nemesis Mr. Potter from It’s a Wonderful Life. There’s even a chance they could be furry and green like Dr. Seuss’ Grinch.

Whether or not they have green fur, the one defining feature of all money-loving characters is that they commit themselves to money before anything else. They’re obsessed with money and the power and possessions that come with it. Because of their devotion to money, they sacrifice other things and even other people to hold on to it. And they don’t just do this because they like paper bills or even shiny, clinking coins. At the back of it all is a sick, selfish love for themselves. Money is just one of the most effective and time-tested ways to give the self what it wants.

Businesses who want to avoid this evil—and ZENTX is one of them—still use money as a motivation for their work. As ZENTX’s core value says, everyone on the team is “in this to improve [their] lives financially and make a profit.” Paying the bills, after all, is one of the big reasons why people get jobs in the first place. But they don’t commit themselves to money as if money were their boss. They realize that their work is about more than money or even themselves. It’s about their team, their customers, and even about enjoying what they do. They don’t work just so that they can greedily store up treasures for themselves. They work to be good stewards of their time and talents—to store of up funds that they can later use wisely. 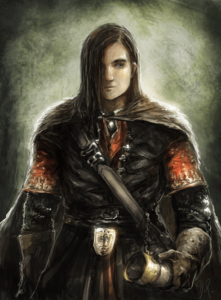 All Aboard the Stewardship

Now hold up a second. Let’s rewind to a moment ago when I used that funny word, “steward.” A couple posts ago, we talked about that one ship known as the Ownership and how living aboard that ship makes for a better team. Well, today we have a new kind of ship for you: the Stewardship. This ship also revolutionizes the functioning of teams and in a way that’s very similar to the Ownership. So let’s figure out what that ship is all about.

When I hear that word “steward,” the first thing that comes to my mind is a character from the Lord of the Rings: Denethor, the Steward of Gondor. I’ll spare you the complicated Middle Earth history of this role and just say that Denethor’s job as Steward was to “watch over the throne” of Gondor in the king’s absence. The idea was that, upon the king’s return, the Steward of Gondor would return the kingdom to the king in good shape. In the case of the Steward Denethor, things didn’t go so well—making him the quintessential “bad steward.” But this illustration still carries my point: the job of a steward is to watch over and take care of something that isn’t actually his to own. Stewardship, therefore, is the task of caring for something, and something that often isn’t actually ours.

What does this ship look like in the workplace? It means taking care of our at-work resources and using them wisely. An easy example here at ZENTX is technology and equipment we use to get a job done. I may not own the keyboard I’m typing on and the fabrication guys in the back may not own the table saws or the CNC, but we use them, and they’re ours to take care of—to steward. That’s why we take care of them. Not only take care of them, though. We also put them to work and use them to get jobs done. We wouldn’t be good stewards of those tools if we were to let them just sit there and gather dust. 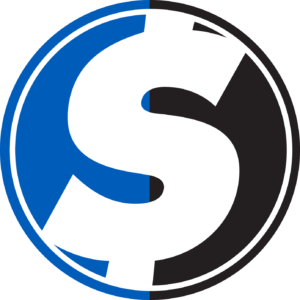 But stewardship doesn’t just apply to physical tools. It applies to our time, our talents, and—yes—even our money. Even though a lot of us here at ZENTX don’t deal directly with the ZENTX bank accounts, we are still acting as stewards of the business’ money. By hiring us, the leadership at ZENTX has chosen to make an investment in us. To say it the fancy way, they compensate us monetarily for our contributions to the business. So, when we’re at work, our time and our energy are not our own. They’ve been bought with a price, and we need to be good stewards of that time and energy and even the money we’re earning.

At the same time, though, the best way to look at those resources is to treat them as we would treat our own precious time, talents, and money: with care. As we like to say here at ZENTX, “Profits are created when revenue goes up and expenses go down. You are self employed.” In other words, being good stewards of the business’ money means making the most of our hours on the job. Managing ourselves well. Being efficient. Being effective. Spending ZENTX money well by spending work time well.

So, sure. This core value “Econ 101” may have something to do with money. But money isn’t the end-all be-all of the ZENTX version of Econ 101. Yes, we’re in this to improve our lives financially and make a profit. But that’s not going to be possible if we don’t steward our resources well. To us, living by Econ 101 takes a good work ethic and a perspective of stewardship that would make the returning King of Gondor proud.