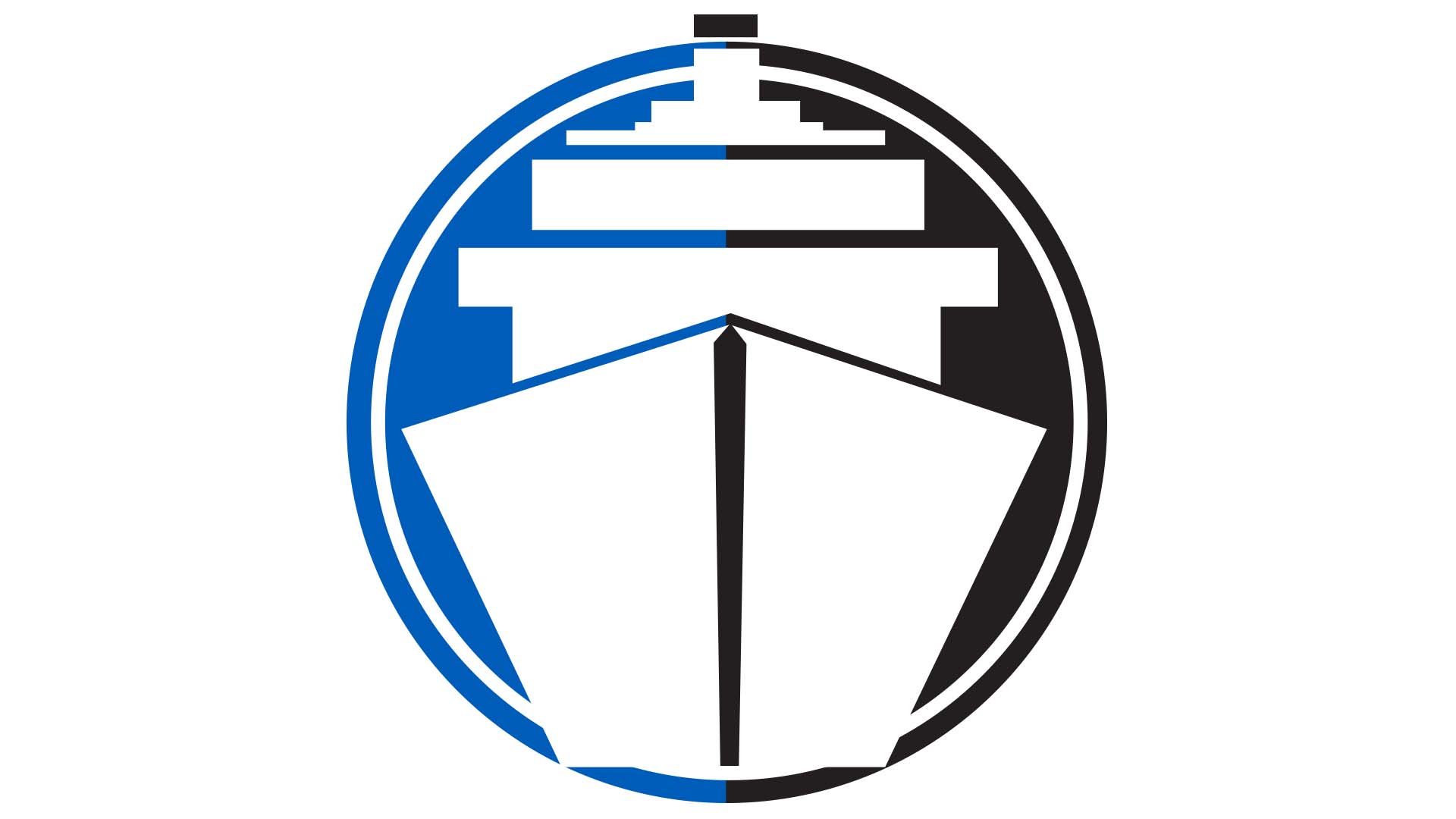 ZENTX Core Values: All Aboard the Ownership

In our last post, we introduced the concept of core values and how ZENTX leadership has used core values to propel the business forward. Today, as promised, we’ll be diving in to the first of the ten core values that we practice here at ZENTX. So give me a minute, and I’m going to honk my boat horn…

There we go. Alright! All aboard the Ownership! 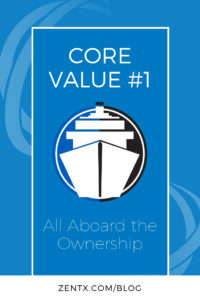 Every ZENTX core value comes with its own fancy icon and its own cute little tagline. Memory tools like these help our team not just remember what our core values are but also understand what they mean. For instance, that little ship over there is our Ownership. It visually represents the value that ZENTX leadership summarized with the following tagline: “This ship contains a team with an ownership mentality.”

As usual, though, taglines and icons are just a drop in the pan compared to the pool of ideas behind them. When it comes to the ownership core value, the tagline assumes the commonly understood meaning of the term “ownership.” But, the more you get to know ZENTX leadership and the ZENTX way, the more you come to see that ownership is more than just a word.

In one sense, Mike and Mark have ownership of the ZENTX business as president and vice president. In another sense, though, everyone else on the team shares in that ownership. Obviously, this ownership doesn’t express itself in the same way for everybody. I mean, not all of us are presidents or vice presidents here at ZENTX. But the fact remains that we all have our share in the way this business functions.

On the other hand, when every team member takes ownership of his or her own tasks and responsibilities, those things don’t just get done. They get done well. As Mark explained once, “When employees take ownership of their work, they treat the business they are working for—and its money—as if it were their own. They make decisions thoughtfully, responsibly, and with more care.”

So, as we’ve learned at ZENTX, ownership isn’t about being bossy or micromanaging other people’s work. It’s about taking charge of the tasks that are yours. It’s about taking the initiative to get something done, not waiting for someone else to do it. It means taking the heat for something you messed up on but also taking the praise for something you did well. To show ownership at ZENTX, you can’t just “show up” at work. Instead, you have to own the day and own your actions. You treat the company as if it’s yours and work your hardest for the good of your team—the team that you have chosen to own. Ownership is crucial to keeping the ZENTX ship afloat. 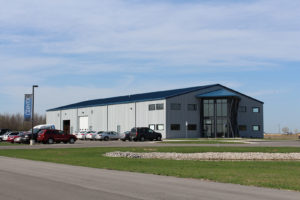 Life Aboard the Ownership

When you’re living life about the Ownership, people begin to notice. And we’ve got a team full of people here who live on the deck of that boat day after day. Here’s one true ZENTX story of what life on board looks like.

One day, a customer brought in a project from last summer that needed some tending to. They wheeled it through the large garage door and into the ZENTX workshop where it proceeded to sit quietly for the next several days. The needs of this unfortunately injured project became the subject of a couple discussions among the team. But the team had more pressing projects to tend to, and this item got subconsciously pushed to the metaphorical back burner, where it continued to simmer quietly.

That is, until one resident of the Ownership saw the project in its neglected state. This team member recognized that any number of other “more pressing” projects could continue to get in the way of completing this seemingly “less important” task. So he decided to do something about it. And he did the best thing he could have done. He got the project done. No one had assigned the job to him, and no one had even asked him to do it as a favor. But he chose to take ownership, treat the project as his own, and get the job done. That, my friends, is what it looks like to live on board the Ownership.

A Ship Meant for a Team

In the perspective of ZENTX leadership, behavior like this from ZENTX folks is a big weight off their shoulders. Seeing it reminds them that they don’t need to be micromanaging their team members because those team members float their own boats, so to speak. Thanks to the talent that our team members have for taking charge like that, leadership doesn’t have to sweat over all the projects in-house. After all, they have a team to take care of it.

But, even more, this sort of behavior—this ownership behavior—shows Mike and Mark that their team members actually care about the company and care about making a good name for ZENTX. These team members want to help spread a honorable reputation for the business that they call their place of work.

According to the ZENTX core values, this sort of behavior is the stuff that keeps a team afloat. That’s why every team is better off when they all live aboard the Ownership.

FogHorn Barge Sound by Daniel Simon uploaded to http://soundbible.com/2142-FogHorn-Barge.html on 8.1.16. Licensed under CC Attribution 3.0. No changes made.