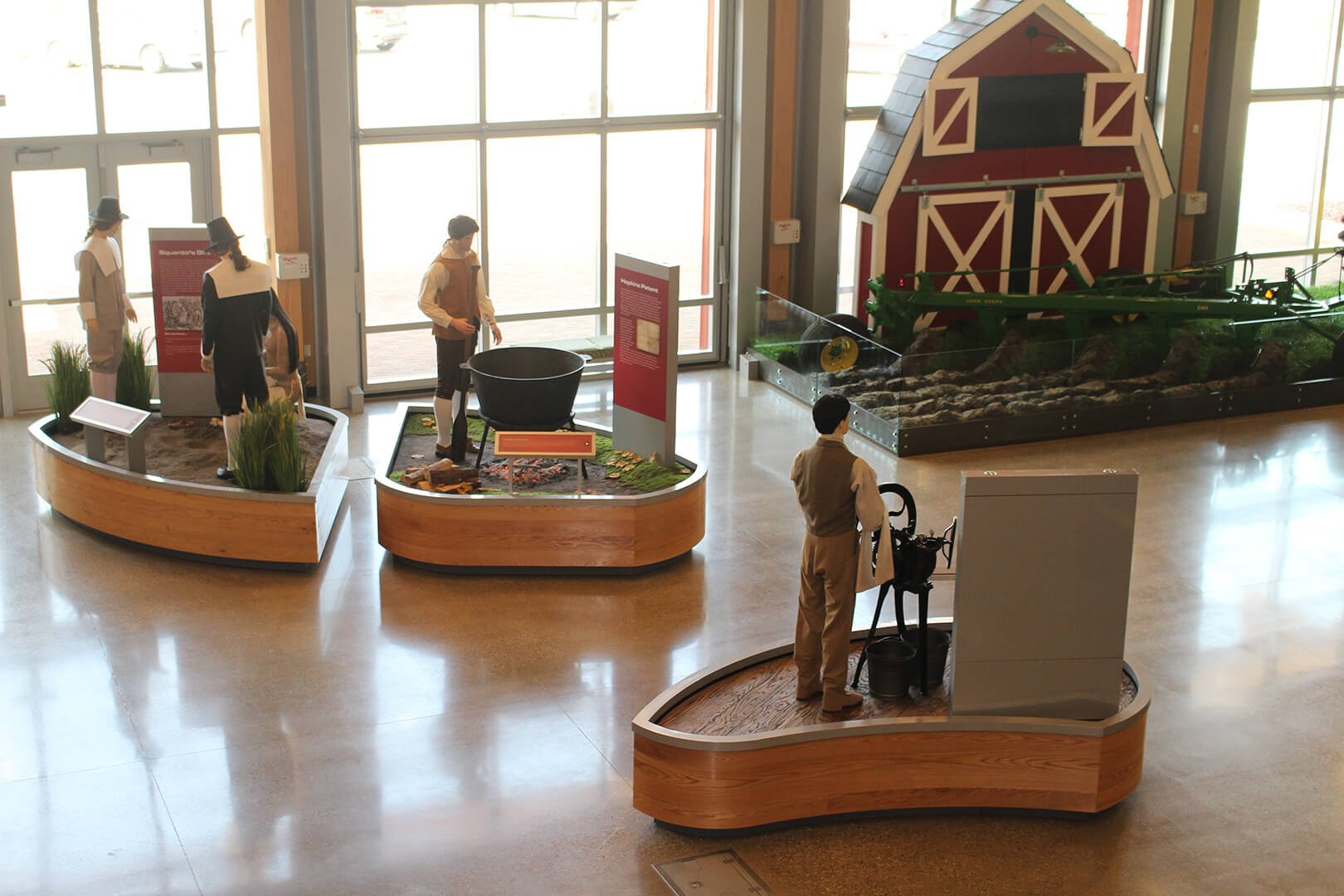 By ZENTX
Nov 02, 2020
in Design,Exhibits,Signage,Signature Solutions

Online museum exhibits helped a lot of people pass the time during COVID-related lockdowns. Whether it’s major museums like the Louvre or MOMA, or more specialized museums such as Los Angeles’ Fashion Institute of Design and Merchandising, they can be a great way to pass an afternoon and exercise your brain.

Not that online museum displays can completely replace a real museum. After all, most of the fun of visiting a museum is seeing unique artifacts and displays for yourself, in person.

We’ve been fortunate enough to help create several museum displays here at ZENTX. In fact, one of our projects involved creating all the exhibits in a new museum basically from scratch! But even when the project isn’t that big, it’s always satisfying to support local arts/culture organizations — and some businesses too.

Today, we want to highlight several of the museum displays we’ve done over the years. Consider it your virtual Mid-Michigan museum tour, curated by ZENTX. And if you haven’t gotten to visit these museums before, maybe you’ll get some ideas for where to go next!

Museum Displays for a Shared History

Our friends at the Midland Center for the Arts (MCFTA) planned an ambitious exhibit during the summer of 2019. To honor the 50th anniversary of the Apollo 11 moon landing, they curated an exhibit about not just the Apollo missions, but space itself.

The MCFTA did an impressive job of gathering artifacts related to the Apollo missions — they even got some from NASA. But there’s no way to have a tangible artifact from something like a galaxy or even a star. So, to talk about those aspects of space, the MCFTA asked us to create large-scale backdrops with photos from space.

Given the size of the backdrops, the photos have a more powerful impact than if they’d been printed as a regular photo or even a regular poster. Along with printing the backdrops, we also took care of printing all the signage for the exhibit. That way, it had a seamless visual appearance.

Museum Displays that Aren’t in a Museum

You don’t have to be an actual museum to benefit from a museum-like display, though. Our clients at Frankenmuth Insurance knew that, so they asked us to create two historical displays for them. They’d help commemorate the company’s 150th year in business.

The displays include a variety of artifacts from Frankenmuth Insurance’s history. There’s ledger books, documents, vehicle tags, and more. Presenting historical objects as well as information and dates makes the display that much more engaging for viewers.

Museum displays like this one tell a business’ story in a way that’s interesting to anyone, with or without a prior connection to the business. In that sense, it’s like a good timeline wall, but even more intriguing. And when you have 150 years’ worth of story to tell, an extra-special display seems called for.

Building a Museum from Scratch

The biggest museum displays we’ve ever tackled were the displays for the IQhub. The IQhub is a museum that’s all about agriculture. It focuses on explaining scientific concepts in a way that’s understandable and appealing to elementary-age kids. In other words, it’s exactly the kind of client our Exhibit Farm division is designed to serve.

We had the chance not just to build the IQhub’s displays, but to design them as well. The museum gave us a list of concepts they wanted to explain, and we came up with ways to present them. This meant over twenty individual displays, featuring everything from mannequins riding real tractors to quiz games to button-activated info screens.

For example, the last display in the gallery below (the Haber Process display) explains a technology used to make fertilizer. We built the apparatus ourselves and used color-coded lighting to show the path chemicals take as they react with each other. It’s a complicated process, but with the display and its accompanying signage, the IQhub’s visitors can get a better grasp on it.

We might be biased, but it seems clear to us that you don’t have to have a story as big as the Louvre’s to create a good museum display. If a local insurance company has enough of a story to warrant a mini-museum, the organizations you’re involved in probably do too. So don’t throw out those old business cards or memorabilia — they might come in handy someday.