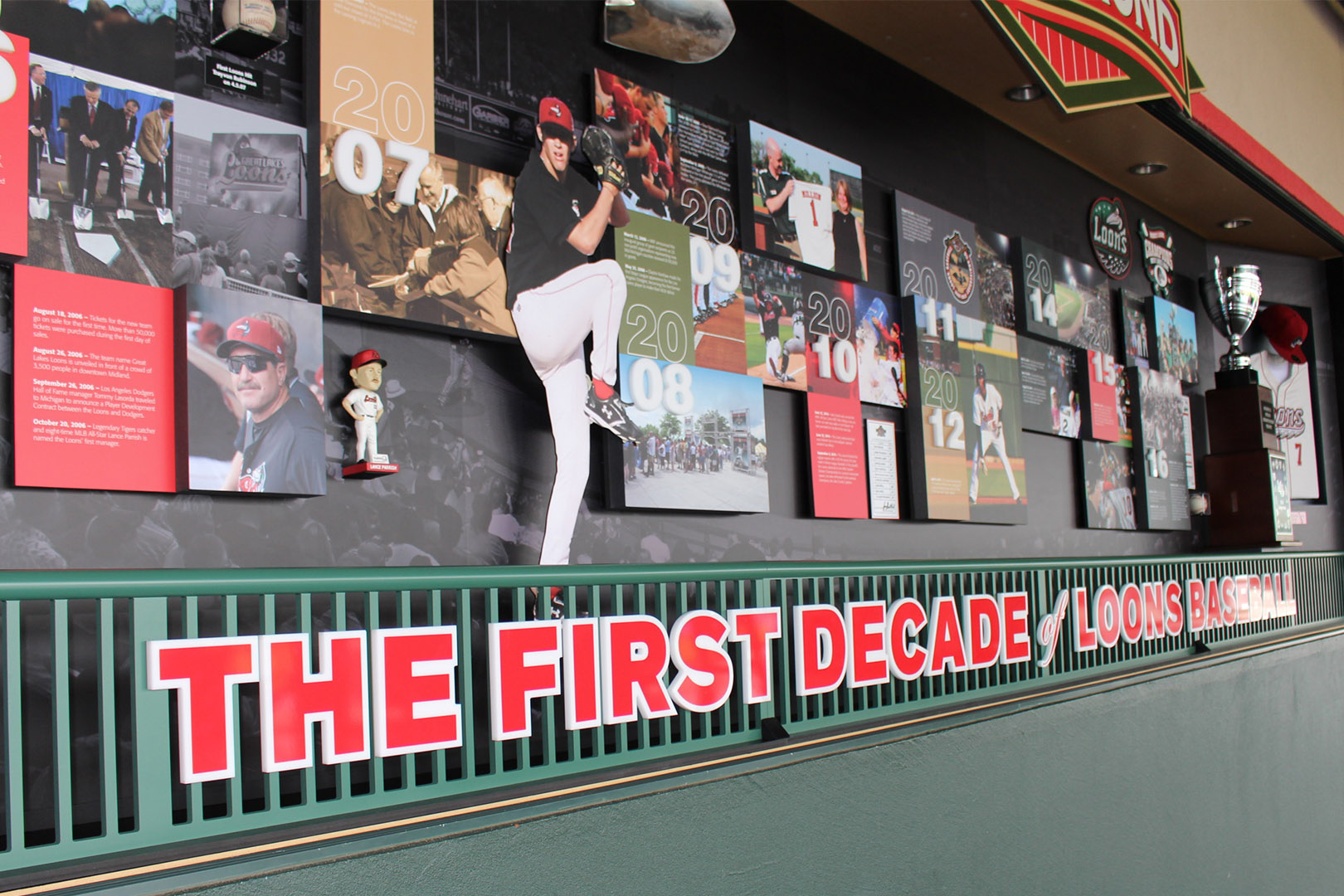 “Tell me the story.” Whether it’s a kid asking for a bedtime story or a relative encouraging someone to retell a favorite family story, that’s just a hard invitation to resist. No wonder people commonly cite storytelling as a great way to create connections in a community.

Storytelling is important for businesses, too. What better way to establish some credibility than to tell your customers why you care about your work and how you’ve improved it? And don’t forget about your employees. Reminding them what makes your company cool and showing them how their work fits into the company’s bigger story can help keep them inspired and enthusiastic about working with you.

The trick is getting people to notice your story — and that’s where a visual element like a timeline wall comes in handy. Timeline walls can attract people’s attention both through their appearance and through their story. Want some proof? Let’s take a look at some examples from ZENTX’s customers.

For our clients at Nexteer Automotive, we found a simple way to make their timeline stand out: opting for circular panels instead of the more-common squares. The wheel-like shape points back to the company’s purpose, too, since Nexteer specializes in steering systems. And the panels’ up-and-down configuration gives the timeline more liveliness.

The circles and layout aren’t the only thing giving this wall visual interest, though. We added background photos behind the text on some — but not all — of the panels. They’re subtle enough to keep the information readable, but noticeable enough to give the reader another element to look at.

Unlike a lot of corporate timelines, Nexteer’s includes a message about the company’s goals for the future. That way, the timeline doesn’t display the company’s history just for the sake of displaying its history. It uses the successes of the past to show why Nexteer — and its customers — can have confidence in the company’s future plans.

The unifying factor in this timeline is that everything relates to the first ten years of Midland’s minor league baseball team, the Great Lakes Loons. Other than that, pretty much anything goes.

The Loons’ timeline is a festival of mixed media. As well as the photos and informational panels, the wall manages to integrate three-dimensional artifacts of all shapes and sizes. Framed uniforms, gameday balls, official team merchandise, even a shovel. Pride of place goes to the Midwestern League Championship trophy, which the Loons won in 2016.

We decided to use the Loons’ signature Green Bay Green and Desert Red throughout the timeline to help unify it. It also helps that the panels use three-dimensional elements too. A large cutout dimensional photo anchors the middle of the display, for example.

We also came up with a distinctive theme for the dates. The first two numbers in each year are printed as outlines, and then the last two numbers (’06, ’12, etc.) were cut from solid acrylic and attached directly beneath the first two. The contrasts of printed vs. three-dimensional and outline vs. solid make the dates stand out even among all the other visuals.

Feeling inspired about timelines yet? But what if you don’t have the space to install one? Well, this last one we’ll highlight proves that you don’t need to have a long wall to have a timeline. It also proves that your timeline doesn’t actually have to be a line.

With this unusual square timeline, we were able to fit a timeline for our clients at Fullerton Tool into a little bit of space by their door. The strategic location makes it pretty visible to begin with, but we enhanced its eye-catching abilities with the strong contrast between light and dark elements.

Fullerton’s timeline doesn’t have as many artifacts as the Loons’, but we did tuck one or two into it, such as a small model boat. The photographs provide most of the visual interest in this one.

With everything from company portraits to historical photos to newspaper clippings represented, the timeline looks pretty full. But that just makes it more visually engaging. Most importantly, the dates and sections are still clear thanks to the dimensional numbers we used to mark the decades.

Each one of these examples shows an aspect of what’s possible with a timeline. You don’t need a long history (just look at the Loons), or a standard layout (as Nexteer proved), or even a lot of space for a timeline (witness Fullerton’s solution). As long as you’ve got a corporate story, you’ve got something that could become a timeline wall.