While taking a close-up look at our last core value, we thankfully avoided the clutches of that mustached econ professor with the too-short pants and discovered the true heart behind Econ 101, ZENTX version. Today, we’re resuming our tour of ZENTX’s corporate mindset by picking up with the sixth core value, Creative Engine.

Creative Engine. Interesting expression, but you’ve probably heard it before. And you probably also know that this particular type of engine isn’t a literal engine. So, since it doesn’t mean the kind of engine that you find in a car or on a speedboat, that leaves us wondering… what is a creative engine anyway?

As with all of the core values, the best place to start to pick this one apart is to take a close look at the words. The first word, “creative” implies original ideas and the power to come up with those ideas. “Engine,” meanwhile, suggests that literal engine we mentioned earlier. In this literal sense, an engine is a machine for “converting thermal energy into mechanical energy or power to produce force and motion.”

Sounds complicated, but it’s really just like in a car or speedboat: it’s the thing that makes the vehicle move. It can also be defined as “the agent or instrument of a particular process.” So, defining it more loosely, you could call your mom the “engine of the kitchen” because she’s the one that makes stuff happen in there. Not because you have to make a trip to the gas station to keep her fueled up. It’s the same idea when you refer to someone as an “engine of change” or “engine of destruction.”

When it comes to the creative engine in particular, though, we’re dealing with a different kind of machine. Building on our definitions, a “creative engine” literally defined is the instrument used to form original ideas. It’s the source of creative power. But, in a human person, what is this source?

Let’s think about it. Say you’re lost in a forest with no supplies and no obvious way home. Who knows how you got there, but as you continue looking for the way back, it starts getting darker and colder. Meanwhile, you begin to realize that you’re thirsty and tired. What do you do? Well, if you’ve had training for this sort of situation, you’ll want to use it. If you haven’t, then it’s time for you to get creative. Sure, you would use your head to think up solutions to your problems. But, more specifically, you would use your imagination to truly be innovative.

As dictionary.com explains, imagination is the faculty of “forming mental images or concepts of what is not actually present to the senses.” So, even though you don’t have a small shelter to sleep in, you could probably imagine how to arrange those loose branches to cover yourself and trap in the heat while you sleep. And even though you don’t have a water bottle on you, you could likely imagine the best clues to follow to find some fresh water source (the most obvious being the sound of running water).

Of course, there’s a good chance that things don’t work out exactly how you imagined (for example, the water might be contaminated), but you’re much better off doing what you can than simply sitting and waiting for a house with a bed and central heating and a fridge of waterbottles to drop out of the sky.

Sure, imagination may be the thing that allowed your mind to form that mental image of a house with a bed, a heater, and waterbottles ridiculously dropping into the middle of the forest. But it’s also the thing that will help you build your shelter and find your water if you’ve never done it before. People can misuse their imaginations sometimes, using them as a way to detach from reality. But, when used correctly, the imagination is the mind’s best tool for coming up with creative solutions to life’s real problems. That, my friends, is why a person’s creative engine is their imagination. 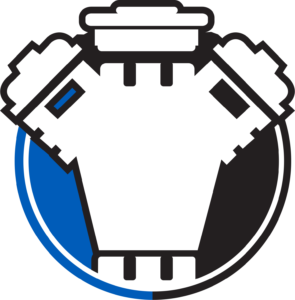 Just like any actual engine, the imagination needs regular maintenance. It’s not going to work well if you abuse it, ignore it, and fill it with junk. So someone who really values their imagination—their creative engine—will cultivate it and give it the maintenance it needs. That’s the type of person we like to see at ZENTX. This type of person takes care of his imagination both on and off the job, incorporating imagination maintenance into his very lifestyle. To help you better understand what this might look like in everyday life, let’s talk about a few practices that will help you keep your creative engine purring nicely.

Technically, the brain itself isn’t a muscle. But, like a muscle, it’ll only get weaker if you don’t use it. So make it do some heavy-lifting—not just every once in a while, but on a regular basis. And don’t just exercise one side of your brain. The best thing to do is work different parts of it so that it doesn’t get lopsided. (In other words, don’t skip leg day.) You’ve heard of left-brained and right-brained? That applies here. Just because you’re more “creative-minded” doesn’t mean you should give up on doing the practical stuff too, like logic and math. And just because you are really down-to-earth with your ideas doesn’t mean you shouldn’t try to get more adventurous and creative. Using your imagination in the right way requires both the left brain and the right brain. 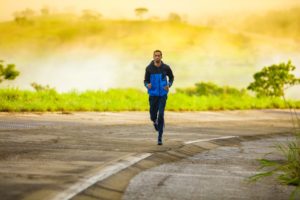 Since your brain is a part of your body, you limit your brain and your imagination when you don’t take care of your body. Remember the last time you had a cold or a stomach ache? The pain was probably enough to distract you from whatever you were doing. Even though it was maybe just your throat or just your belly that hurt doesn’t mean that the rest of your body could ignore the pain. Your whole body shared in the suffering, even your mind. So do your best to avoid moments like that by eating well, exercising regularly, and getting in to good daily habits.

That’s not the only way physical health relates to your brain, though. According to a Harvard blog, “[R]egular aerobic exercise… appears to boost the size of the hippocampus, the brain area involved in verbal memory and learning.” In other words, making yourself sweat during a nice run, during a brisk walk, or while playing ball will help make your creative engine run stronger and more efficiently.

Resting is an important part of both mental and physical health. It’s also good for your imagination. As Winnie the Pooh once said in the Hundred Acre Wood, “Doing nothing often leads to the very best kind of something.” Sometimes we mistakenly consider scrolling on our phones or watching TV as the equivalent of “doing nothing.” But the fact is that social media and shows are just enough “something” to distract our minds and keep them from being productive.

Ever heard the saying, “You are what you eat?” This applies to your imagination as well: it will regurgitate what it consumes. That’s why it’s a good idea to a balanced diet in your personal education. In today’s day and age, we have quick and easy access to such a variety of people, books, and places that it’s almost dumb not to take advantage of it. With just a quick Google search, we can learn the ideas of people whose imaginations have made history. And it’s almost just as easy to meet new people and learn from their different experiences.

So take advantage of the variety in front of you. Read a bunch of different authors who fall in different genres. Listen to people who can teach you about things you don’t know. Visit new places. Just think about this: people born blind can’t imagine the concept of sight without hearing from someone who can see. You’re the same way with things you don’t know. You would have no concept of the things outside of your surroundings if it weren’t for people and books that tell you new things. The stuff you fill your mind with will determine the scope of your imagination (as Anne of Green Gables would say).

Say you’re imagining things just for the sake of imagining them. In that case, it doesn’t really matter if the things you’re imagining work or not. On the other hand, though, your creative engine is at its best when it has a purpose—when it’s trying to get you somewhere.

For instance, let’s go back to the forest. If you just imagined how to build a shelter for yourself but never actually did anything, how would you know if your idea was a good one? And if you just imagined ways you could look for water without actually looking, would that make you any less thirsty? You’ll never know if your ideas actually work if you never try them. You’ll never actually solve problems if you don’t act. So, once you’ve created original ideas, test them out by putting them to work. If they turn out not to be so great, adjust your creative engine accordingly.

All ideas (even the most imaginative ones) are based on things that exist in reality. Here’s an example. Even though unicorns don’t actually exist, the body of the unicorn is based on a real life animal—the horse. The horn, meanwhile, is based on actual tusks grown by a sea creature called the narwhal. We can imagine what a unicorn would look like because we know what these real things look like. But people who haven’t seen a horse or a tusk like that will have a hard time envisioning a unicorn. In the same way, you can’t imagine a new color that you haven’t seen before. Sure, you can combine colors you know to come up with a new shade. But you’ll never think up a new primary color.

The stuff of our imaginations always has its foundation in reality, and reality is lots bigger than we’d ever expect. So why don’t we keep exploring it? Knowing more about it will only help our creative engines discover new possibilities.

Far different from simply “resting,” sleep is an essential part of creative engine maintenance. Not only does sleep help your body recover from a tiring day, but it also helps your brain recuperate. As WebMD explains, people who don’t get enough sleep tend to be less effective problem solvers and often make more silly mistakes. By getting a good night’s sleep, though, you give your mind a chance to review and store lessons learned and memories made during the day.

As this cool TED-Ed video explains, dreams are an especially effective memory tool. In their dreams, people often make connections that they couldn’t see during their waking hours. These can help them solve real-life problems. That’s probably why it’s a common thing for people to “sleep on it” before making decisions. And, like Christopher Nolan shows us in Inception, you never know what new ideas you’ll come across in your dreams.

So, what are you waiting for? Do your creative engine a favor and get started with some regular maintenance. The more of these habits that you begin in your daily life, the better you’ll be at turning on and using your creative engine while on the job. Like we say here at ZENTX, you’ll be able to think differently and solve problems with creative solutions.