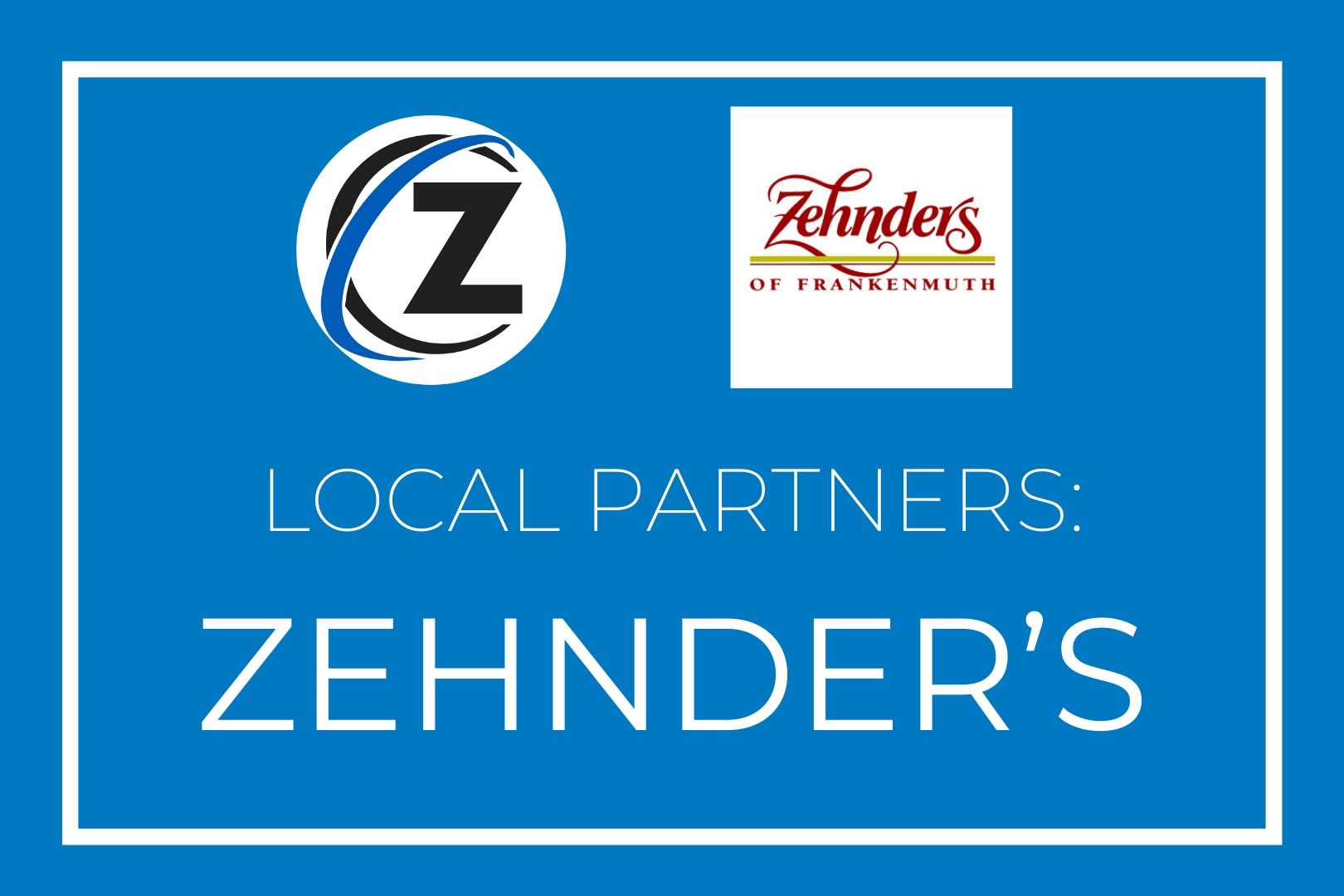 Local restaurant and vacation destination Zehnder’s of Frankenmuth has delighted visitors with homestyle meals and family fun for almost a hundred years. They’re also a past ZENTX client; you might remember the Transformation Story about the timeline wall and postcard display we made for them. That video touched on Zehnder’s history a little bit, but of course there was a lot it couldn’t include.

For our series profiling our local business partners, we recently spoke to Al Zehnder, the current CEO. Al’s the third generation of the family involved in the business, and he was more than happy to tell us its full story.

The Origin Story of Zehnder’s

Al’s grandparents, William and Emilie Zehnder, opened Zehnder’s Restaurant on Mother’s Day 1929. “It was probably a terrible time to open a business, right on the steps of the Great Depression,” Al says. Besides that, Zehnder’s had to contend with Prohibition, and as Al points out, hospitality and beer go hand-in-hand for a family of German heritage, like the Zehnders. Federal agents raided both Zehnder’s Restaurant and the neighboring Fischer’s Restaurant in 1930. The restaurants received fines of $5,000 and $8,000, respectively — the largest fines ever levied under Prohibition to that date.

Nevertheless, Zehnder’s hung on long enough to reap the benefits of post-WWII prosperity.  By 1950, it was able to buy Fischer’s and operate the two restaurants as friendly competitors.  Frankenmuth’s Bavarian Festival, in fact, traces back to the Zehnder family’s decision to rebrand Fischer’s as the Bavarian Inn.

Two of William Zehnder’s sons, Eddie and William Jr. (aka “Tiny”), took the lead in developing the business. Al also gives them credit for emphasizing the “family” part of family business. He agrees with their approach: “If things get to the point where you can’t enjoy going over to your siblings’ house for dinner, you’re doing something wrong.”

From Restaurant to Entertainment Complex

Under Eddie and Tiny’s leadership, Zehnder’s began expanding beyond the restaurant.  “A lot of things just happened serendipitously,” Al explains.  One venture lead naturally to another as the family looked for opportunities to diversify.

For example, since golf courses were booming in Michigan during the 1980s, buying a 9-hole course was a natural investment. That later lead to expanding the course to 18 holes, and then, in 1992, building the Fortress golf course, now recognized as one of Michigan’s top 25 courses.

Similarly, the hotel business seemed like a good fit because Zehnder’s Restaurant had already been partnering with local hotels on discount packages.  The Zehnders started by buying a motel, then expanding it in 1992.  When the indoor waterpark craze started, the family watched to see whether it would be a passing trend or a long-term phenomenon.  They ultimately decided to remodel the motel, opening Zehnder’s Splash Village in 2005.  Al doesn’t hesitate to call it “a major Midwest waterpark destination” now.

“It’s been quite a ride,” Al says of Zehnder’s growth.  But the growth wasn’t random.  “We’ve always felt our guiding principle was our goal to be a four-season family vacation destination,” Al explains.  That goal shaped the family’s decisions about what ventures to pursue and which to let go.  Besides that, their hometown was a priority.  “There was always a tug to develop outside Frankenmuth, but we always said, ‘no, we want to work within our community,’” Al says.  “We always asked, ‘What can we do to embellish what’s right here where we are?’”

The Frankenmuth community even played a part in Al’s decision to join Zehnder’s.  He knew he wanted to live in a small town, and Frankenmuth was already home.  Al joined the business full-time in 1976, but he’d been working for it since he was fourteen.

Al’s been at the helm throughout the COVID-19 lockdown, which he describes as “devastating” for the travel and hospitality industries.  “To operate at 50% capacity for small restaurants that maybe only have a hundred seats already — that’s really hard,” he says.  At 1,500 seats, Zehnder’s isn’t that small, but some of its vendors have already confirmed that they won’t reopen.

Adapting to the Pandemic

Zehnder’s itself initially switched to take-out only, then shut down entirely for three weeks to watch the situation and evaluate their options.  “It’s been quite the adventure because nobody has a playbook,” Al explains.  “You can’t just look back on history and say, ‘oh, that’s how people handled it that time.’”

The restaurant reopened on Mother’s Day and has offered both take-out and limited dine-in ever since.  They’ve adopted even more stringent sanitation measures than their usual ones:  masks, constant disinfection of surfaces, floor decals to indicate safe social distancing, and so on. ”We’re in the business of safety anyway,” Al says; it’s central to both the restaurant and the waterpark.

Meanwhile, Zehnder’s’ fans have continued supporting them as much as possible.  “One thing we’ve learned is that take-out isn’t going to be a big avenue for us, but it’s bigger than we thought,” Al says.  He’s not afraid to say things have been challenging, calling the whole experience “nerve-wracking,” but he’s hopeful for the future.  “Those that survive, and we will survive, will be stronger.”