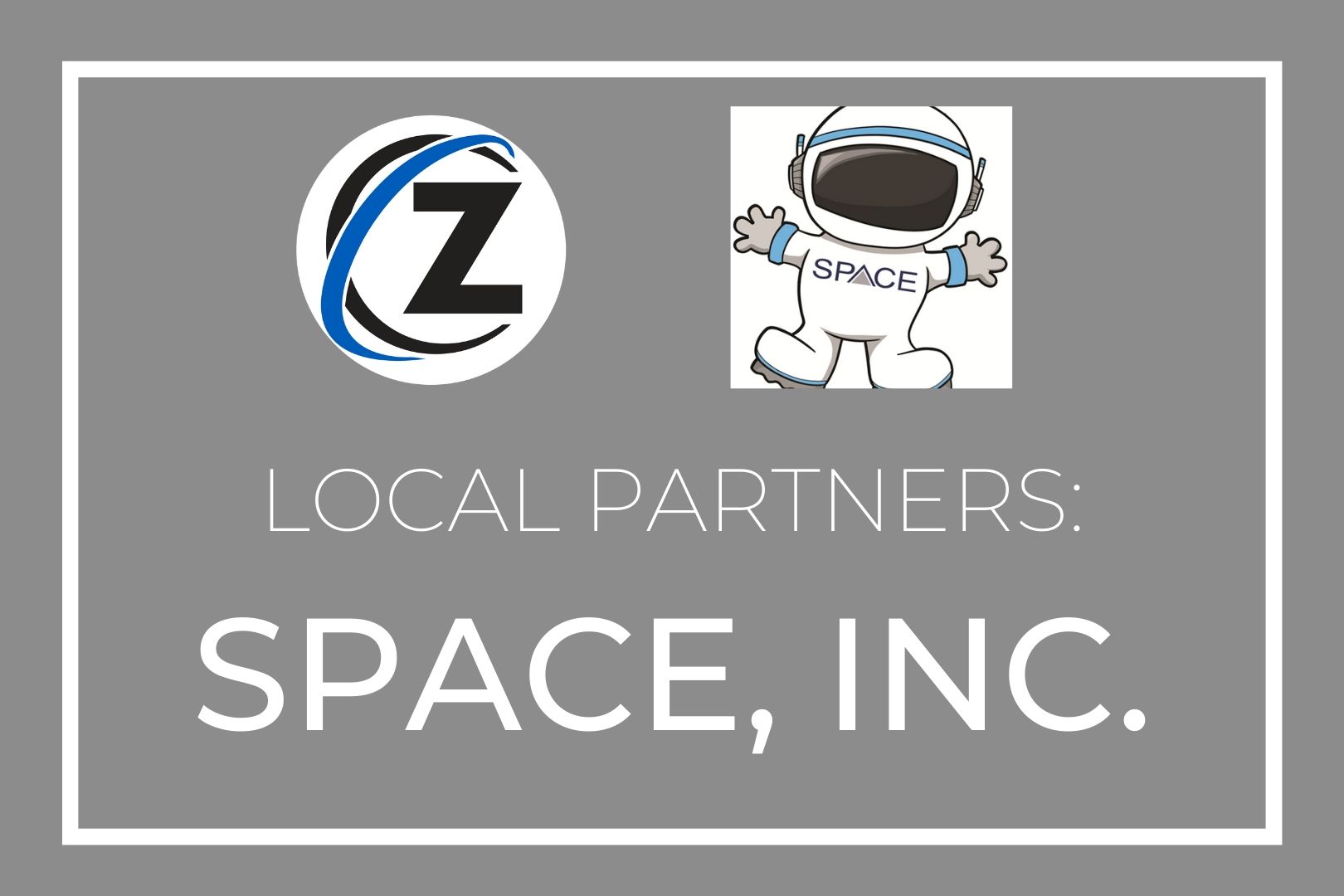 At ZENTX, we believe in supporting our local communities any way we can. And right now, our area’s been hit pretty hard. COVID-19 disrupted businesses throughout the country, including many of our clients. Then Midland, MI, where several team members and clients live, suffered a heavy flood that devastated homes and further impacted local businesses.

We want to do what we can to help out. Primarily, that means offering floor graphics, info signage, and other visual solutions for businesses working to reopen. But we also want to share the stories of some local businesses we’ve partnered with in the past. For our first profile, we’ll introduce you to SPACE Inc, a Midland-based office design firm that (thankfully) escaped the flooding.

Kathie Fuce-Hobohm founded SPACE back in 1995. She describes herself as an “accidental entrepreneur” because she never planned to start a business. She worked as a salesperson for another office design company — until her employers decided to close their Midland office because they felt its market was “too small”. Kathie disagreed. She and a partner decided to fill the gap, and opened SPACE just ninety days after Kathie’s former employer closed.

What does an office design company do?

SPACE “designs workplaces that work,” in Kathie’s words.  That means making offices both comfortable and efficient, plus supplying the products (like furniture) that go in them.

SPACE worked mostly within the Great Lakes Bay Region at first. In 2004, though, it landed a contract with the federal government. SPACE eventually opened a branch office in Washington, D.C. to support its work designing offices for the Department of Health and Human Services, the State Department, and the National Institute of Health.

Then in 2010, SPACE expanded its reach again. Kathie saw a need for an office design company that prioritized sustainability as part of its business model. So SPACE launched a new service called SPACE anew, focusing on upcycling or reusing a client’s existing assets whenever possible. The office still gets a refreshed look, and this approach keeps “millions of pounds” of furniture out of landfills.

SPACE’s government work means its projects include offices around the country, including several just across the street from the U.S. Capitol. Closer to home, it contributed to many of Midland’s major buildings: the Midland Community Foundation, XALT Energy, the Grace A. Dow Memorial Library, and the Loons baseball stadium, to name just a few.

Adapting to the Pandemic

When the COVID-19 pandemic began, SPACE stepped up the SPACE anew side of its work. (SPACE anew’s focus on using existing assets makes it easier to do remotely.) Like ZENTX, SPACE has also been offering temporary wayfinding signage to promote social distancing. It started making protective barriers, like the kind at grocery store checkouts, as well.

Despite handling contracts with a national scope, SPACE remains proudly headquartered in Midland.  Moving wouldn’t bring the company much advantage, since their government jobs are so decentralized. (SPACE has done work in every single state, and once even shipped some chairs as far away as Puerto Rico.) But SPACE’s commitment to remaining in Midland is about more than just the practical reasons. “It’s part of our core values – we’re a Michigan-based business and proud of it,” Kathie says.  “This is home and this is where we’re gonna stay.”