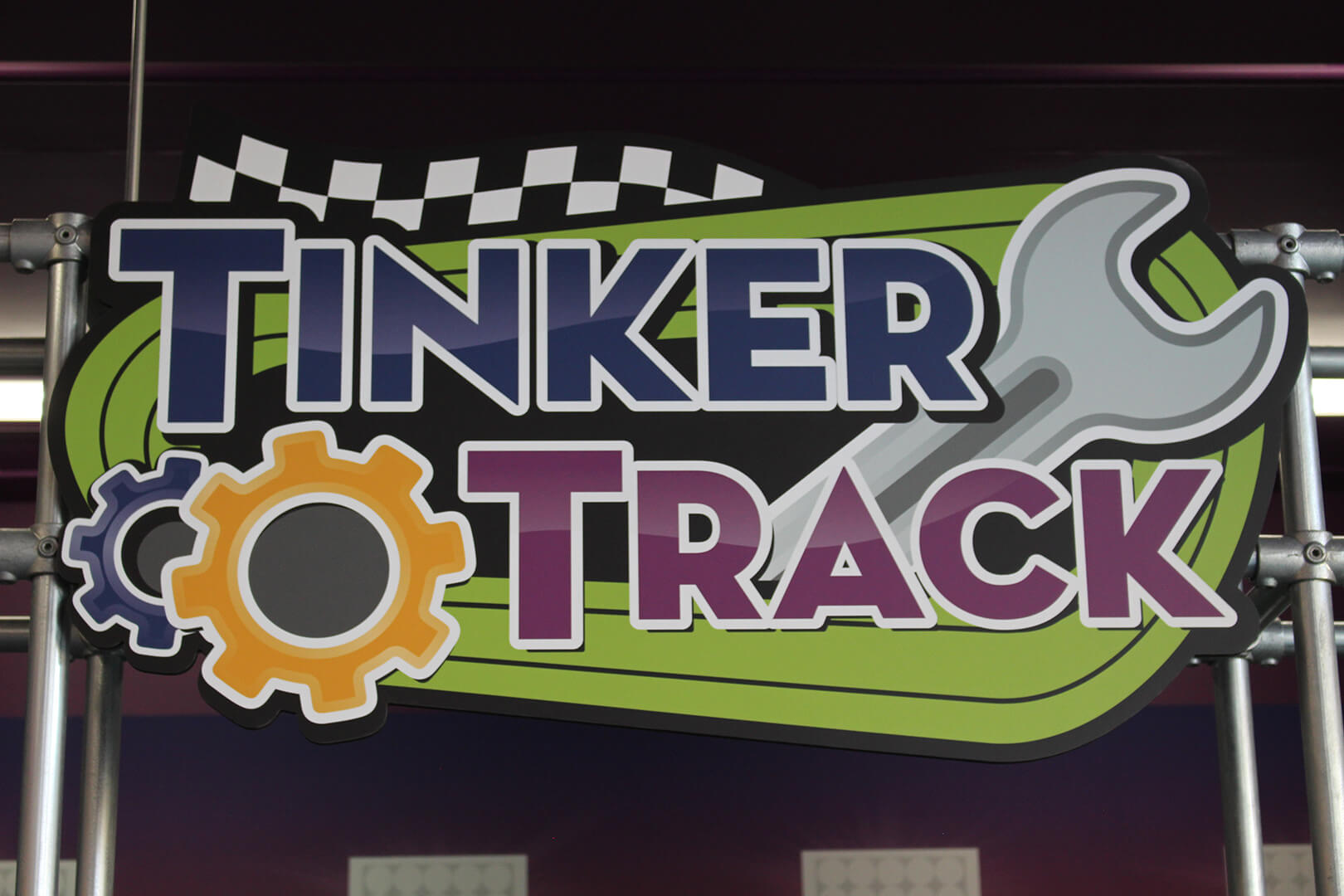 Educational play is a central priority at the Mid-Michigan Children’s Museum. So when they decided to add a new exhibit to their galleries, they settled on an idea that would let kids learn something about the auto industry while they played. They particularly wanted an exhibit that older kids, not just toddlers, would enjoy.

Tinker Track’s main feature is a short racecourse with obstacles, a ramp, and a tunnel where kids can race in “cars” they push with their feet. Besides the pre-built cars, several bins of parts and pieces let kids build their own vehicle if they want to. A pit stop station provides another way to play — kids get to change tires on the cars mounted to the wall.

We designed and built all of Tinker Track’s elements from scratch, including signage, support structures, graphic panels, and the car cutouts. Now, kids visiting the Mid-Michigan Children’s Museum can explore a brand-new area, have fun racing each other, and even learn a little about how to design a useful vehicle while they’re at it. 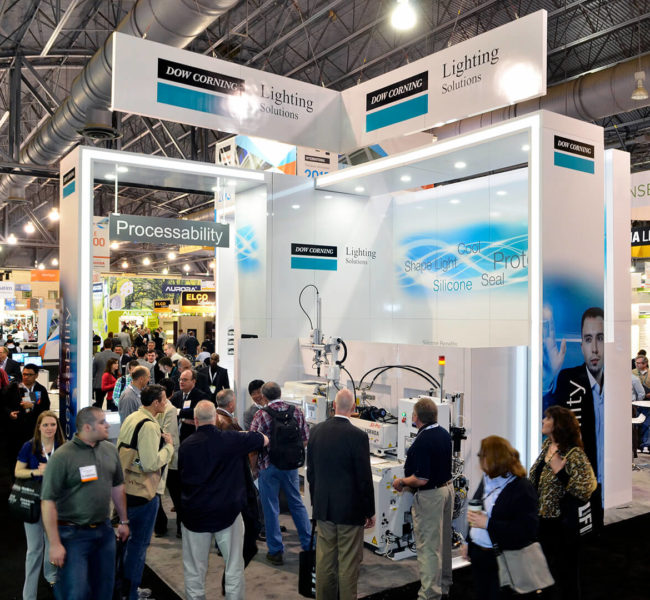 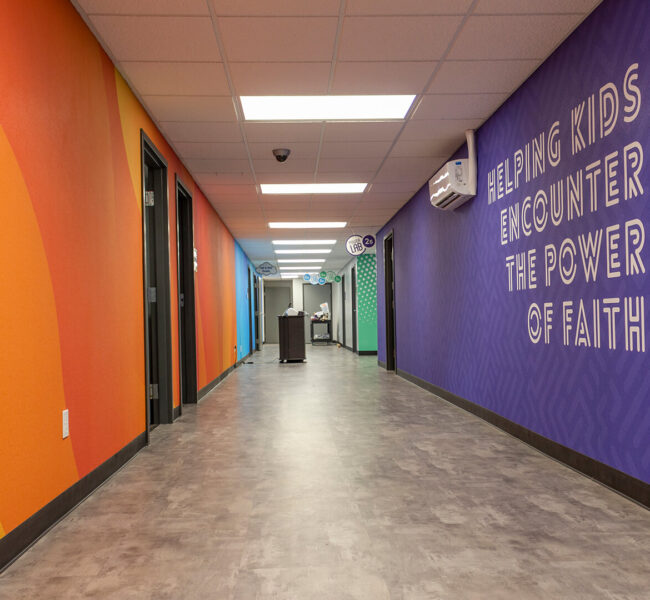 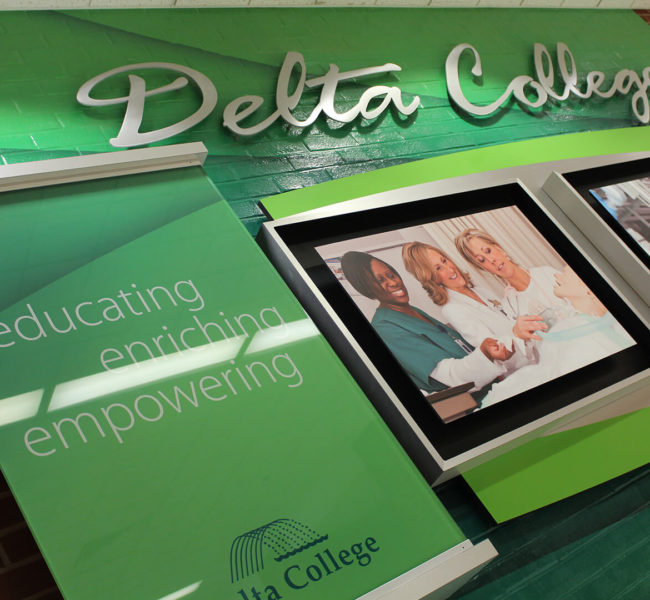 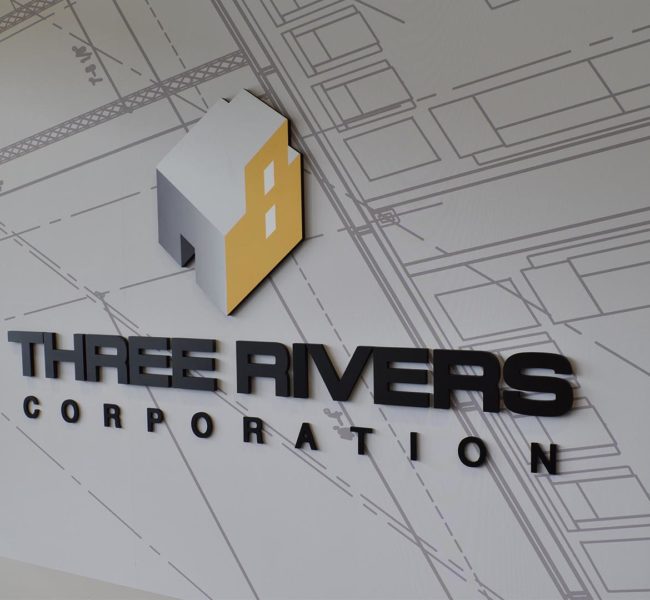