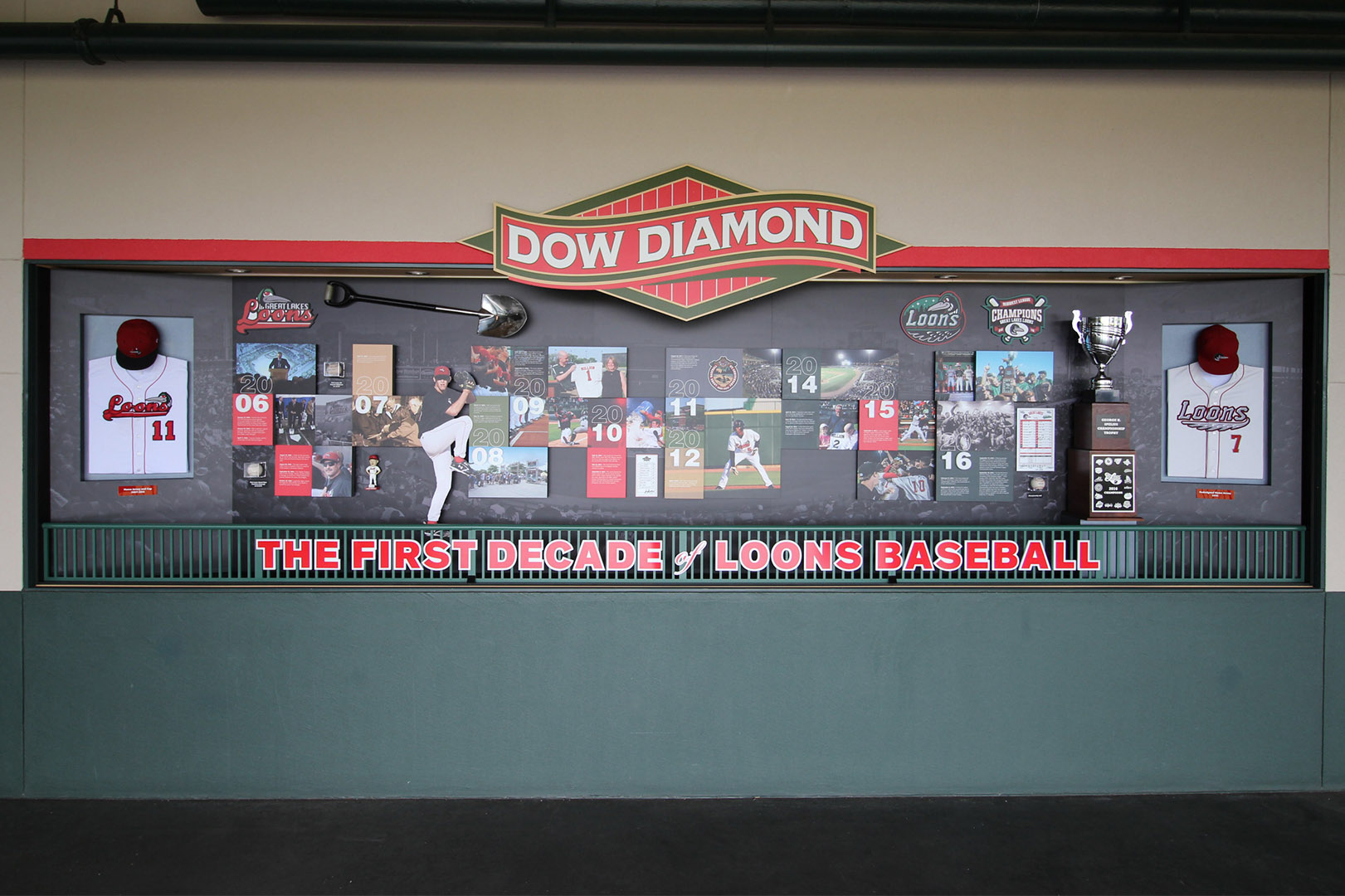 Midland, MI’s minor league baseball team, the Great Lakes Loons, has been entertaining Midlanders since 2007. As the team neared its tenth anniversary in town, they started thinking about a way to commemorate their first decade.

With some photos and informational tidbits from the first ten years of Loons baseball, ZENTX assembled a dimensional and engaging Loons Baseball timeline in their stadium, the Dow Diamond. It features some of the highlights of the team’s short but expanding history, including the Midwestern League Championship trophy, which the Loons claimed in 2016. 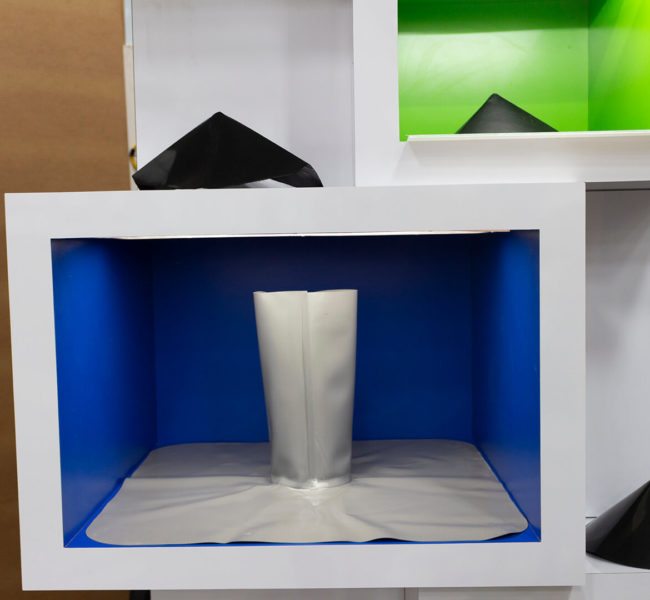 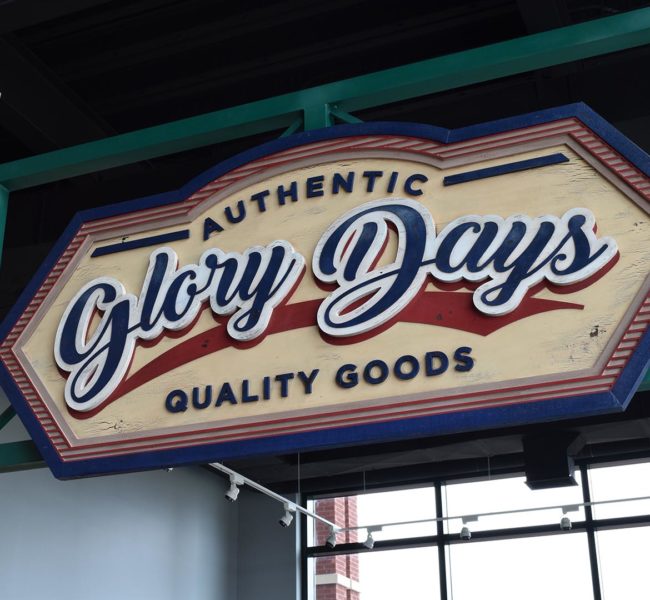 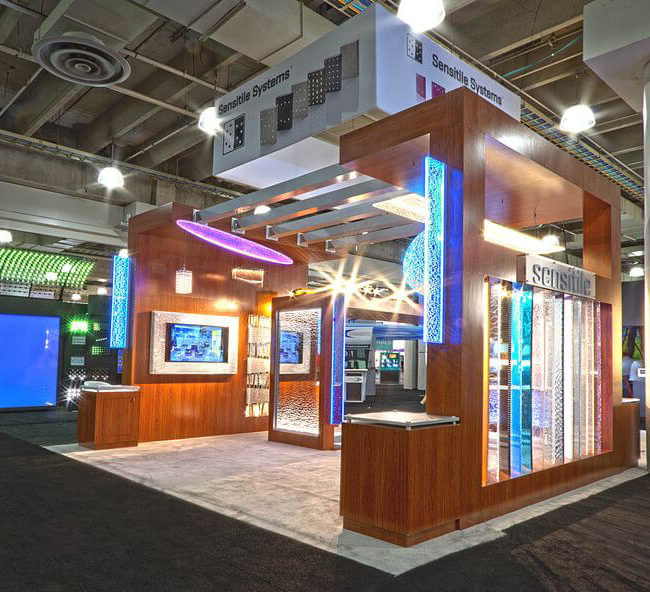