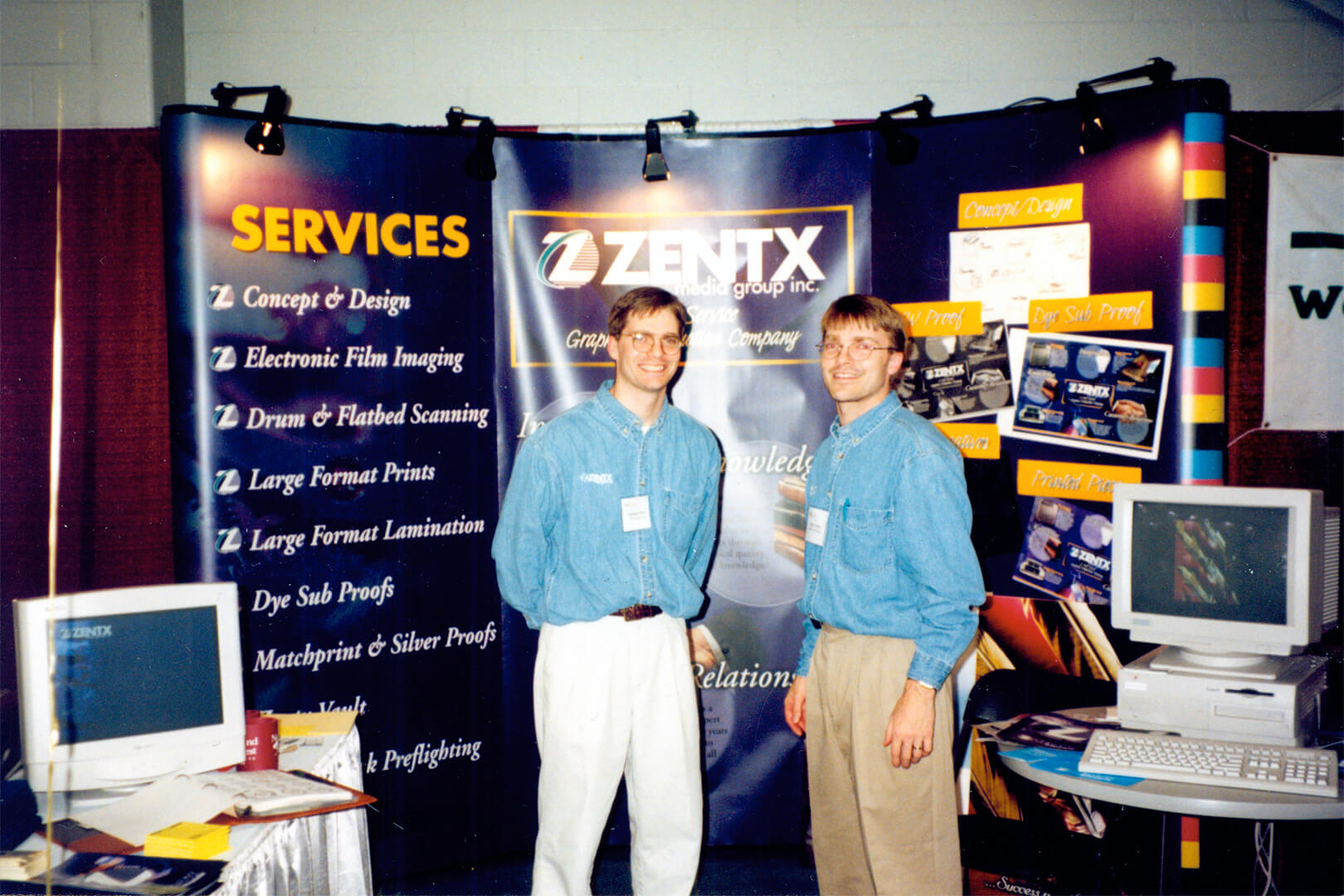 Believe it or not, 2022 will mark ZENTX’s 25th year in business. We started all the way back in 1997 — before some of our current employees were even born. To lead up to this historic year, we wanted to take a look back at our story. It’s been quite a ride! And who better to tell the story than Mike and Mark Wenz, the two brothers who founded our company? They’ve been here since the very beginning, after all.

Each section of this nine-part series dives into a chapter of ZENTX history or an area of our company culture. You can watch the video versions on our YouTube channel anytime, or at the bottom of each post.

Today, Mike and Mark are here to tell you about the very earliest days of ZENTX. Get ready to learn about what it took to launch our business!

Mike: So I had a bunch of ideas in the place I was working at before. I felt like I was as far as I could go and I wanted to take it to the next level. I didn’t want anything or anyone limiting me and my ideas, and that’s why I decided to start. And that’s when I called Mark. Nah, I don’t think I really thought about it a whole lot, I just called him and said, “Hey, I’m thinking about doing this. I’m gonna do it. You wanna come along for the ride?”

Mark: I was in Texas and at that time I had two kids. I had a pretty stable job at American Airlines, but I’ve always wanted to own a business. And so when he called and said what he wanted to do, I’m like, “Oh yeah, I’m on board.”

Mike: So then he immediately said, “Yeah, I’d do that,” which — {laughs} you know, I said, “Well, you might wanna ask your wife first.”

Mark: We’d have to just get up and move out of Texas and come back to Michigan. So that was a little struggle for a while to convince her that, you know, this is something I really want to do.

Mike: And then the next day or two I think, he called and said yeah, let’s do it, let’s work on a plan for the next couple years.

Mark: So we did. We spent a long time. I told Mike, “If we’re gonna do this, we gotta do it right”. So we spent a long time on a business plan, and we went back and forth — I think sometimes he would come down to Texas, I would come up here to Michigan — just working on the plan throughout the whole year.

Mike: We broke it out into different segments of the business and created a really good business plan. We went back to that business plan a few times throughout the years of business. And it’s funny how clear-minded we were when we wrote that, not even realizing it.

Mark: Because we knew once we started the business, we wanted to [be able to] look back, you know; it’s kind of like our manual. And say, “okay, what did we say we were going to do?” And we have used it [to evaluate ourselves] like that several times.

Mike: From there, we went to a bunch of banks who’d hopefully believe in our dream and whatnot, and got shot down by a few, and then one decided to pick us up. So that’s what we started with. Mark and I spent two years, probably about a year and half, doing the business plan. We secured a building — keep in mind I was working at the time for a different company in a graphics-related field.

Couple months later I ended up quitting my job, and that day I quit, I went right from that day into the next day I’m settling into the new building. Mark was still in Texas for a month, so I worked out of our facility for a month by myself. Basically cardboard boxes; we didn’t have any furniture at the time and no equipment except for the computer I brought in from home.

I flew down to Texas and he had a van waiting outside the door to pick me up and then we were gonna drive back from Texas together. So that’s what we did — we drove straight through, I think we stopped at somebody’s house he knew, slept for a couple hours, and then came back. We went from Texas to the new building and started working. I don’t even think we went to see anybody, we just started right away, started working on what we had planned for the last two years. We had customers right away because as soon as I left my previous company, my phone started ringing with, “Well, we want you to design this and do this for us.”

Mark: Ultimately, you know, Mike wanted to do it because he had a lot of ideas. He wanted to make some changes and so forth, and that’s why he wanted to start a business. That part didn’t matter to me; I just wanted to own a business. {laughs} So it worked out really well.