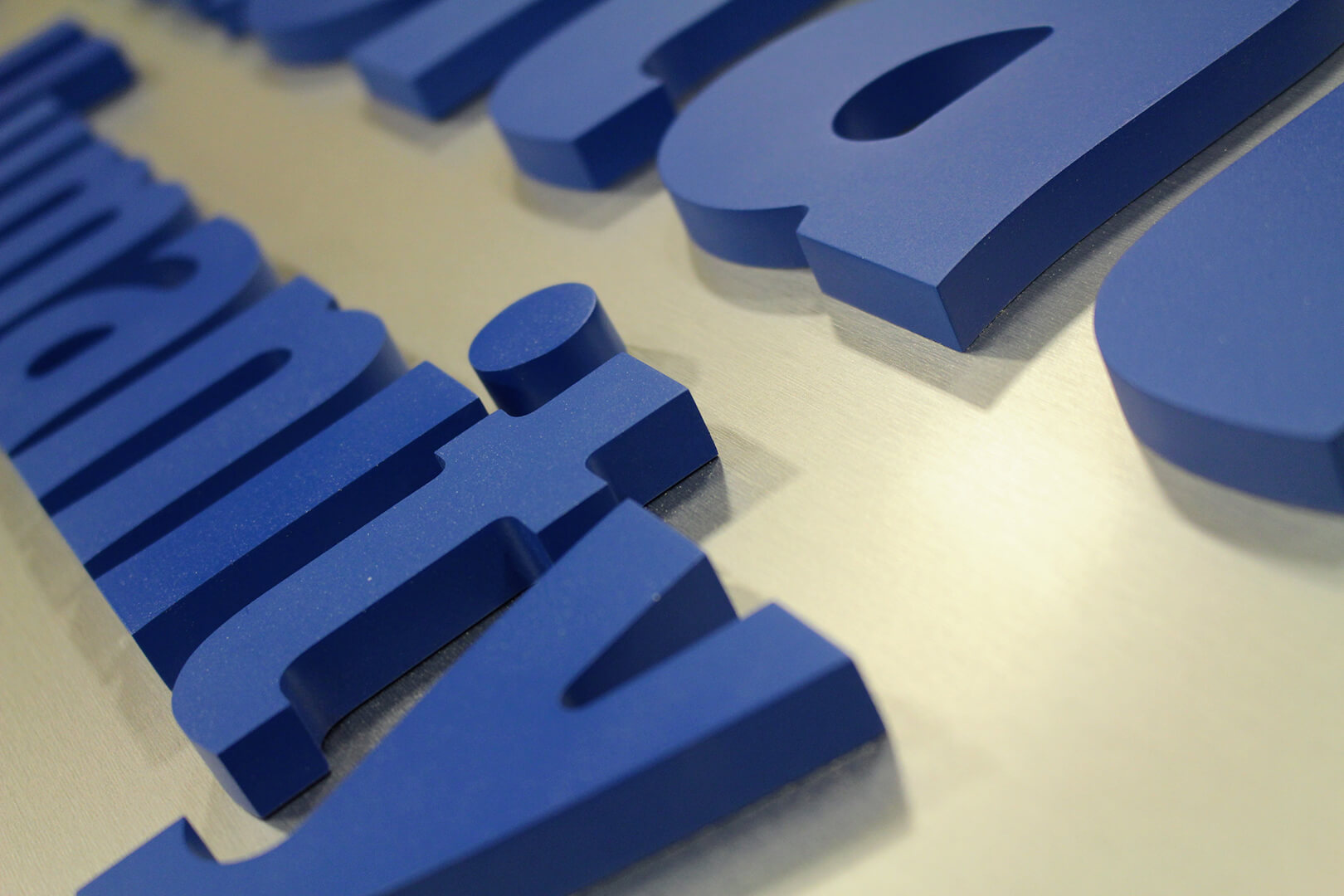 By ZENTX
Apr 05, 2021
in Business Tips,Design,Environments

“The devil is in the details.”  Ever hear that saying?  It’s a good reminder to watch out for the little things before they trip you up.

But there’s a flip side to it. Sometimes, the details aren’t a problem that needs to be solved. Sometimes, they’re what make the overall project work.  We see it all the time with the signage we make for corporate interiors — the more care we give the details, the more impressive the whole sign looks. One of our favorite ways to make signage stand out is to use dimensional elements.

A Whole Other Level

Dimensional elements make things stand out literally, of course.  They raise certain elements above the rest of the sign, causing people to notice them more. We often use dimensional letters for just this reason — because the 3D difference draws attention to the words, people are more likely to read them.

Dimensional elements also make signage stand out for aesthetic reasons. The height difference between the dimensional element and the rest of the sign creates all sorts of fun shadow effects. Plus, it adds texture and visual interest to the sign.

But enough talking about dimensional elements. Let’s look at some examples.

The welcome center at First United Methodist Church is a sturdy table holding flyers, signup sheets, and information about the church. The church really wanted it to be easy to see and find, so we designed it with a reflective front and clear dimensional letters.

Unlike the thin lettering on First UMC’s table, the Habitat for Humanity office in Midland wanted strong, chunky letters for their sign. So that’s what we did.

The sign for the team store in the Great Lakes Loons baseball stadium uses several different dimensional elements. There’s the big scripty lettering, of course. But there’s also the smaller lettering, the red outline around the edge, and then the blue outline around that. Each dimensional element would be cool on its own, but taken together, they really make the sign stand out.