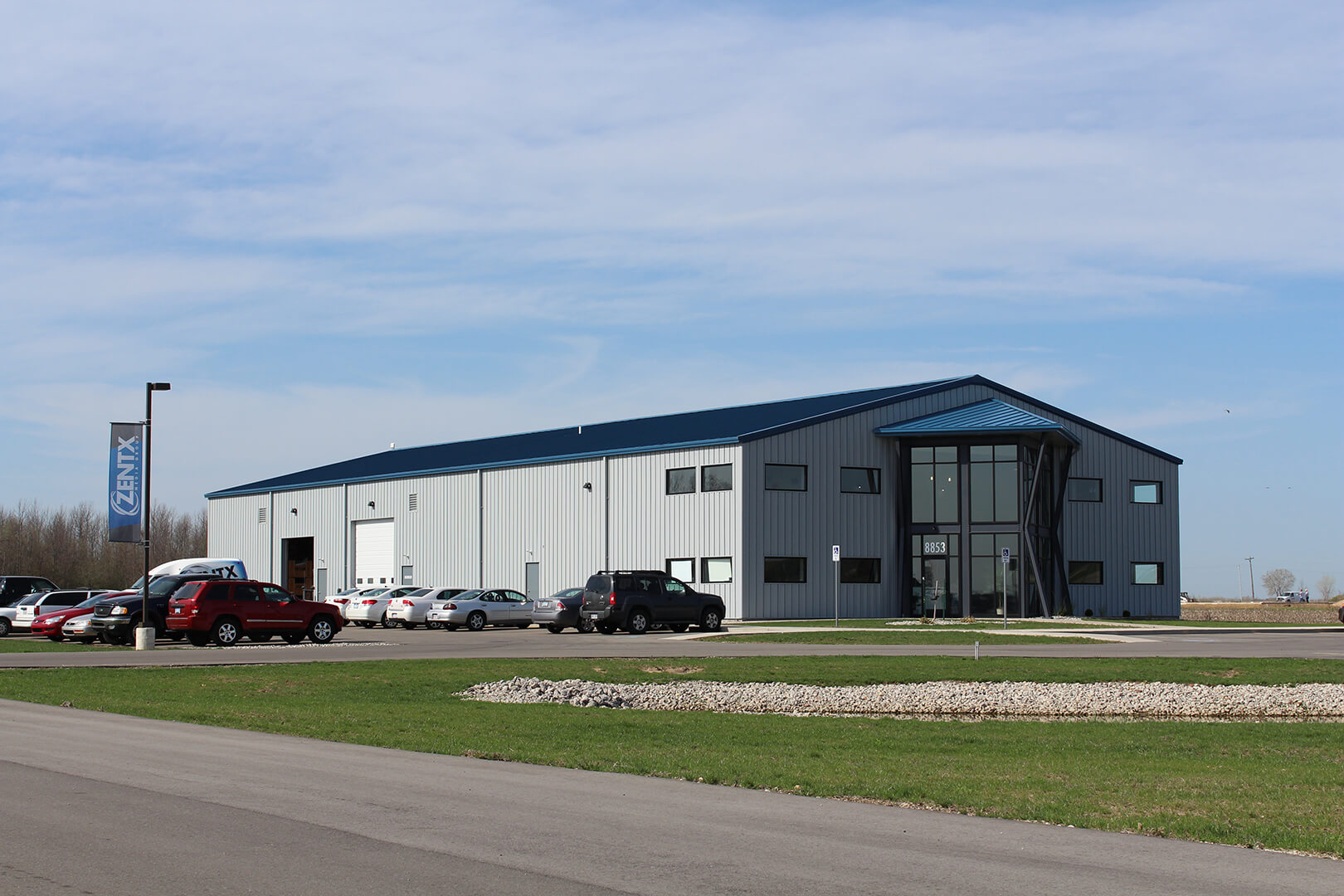 Part 3 of 9 in a series about ZENTX’s history and values.

With ZENTX settled in a building of its own in downtown Freeland, Mike and Mark Wenz could start building up the business. And that’s exactly what they did.

In our early years, we handled a wide variety of displays and visual solutions. We offered traditional graphic design services. We created trade show booths for major international companies. When vehicle wraps became a trend, we earned a reputation for specializing in custom ones. None of those areas are what we focus on now, but they certainly helped us grow.

But as you’re about to hear, that growth didn’t come without some challenges of its own. Here’s Mike Wenz to explain how we eventually outgrew our original building, and how we solved the problem.

The more we said yes, the more we had more fabrication and building stuff to do. I mean, we were building stuff outside, because that’s the only room we had. Once that got to be just a nuisance, then we leased more space in Freeland. We were also ramping up the vehicle wrapping side of the business, so we needed some garage space to do that.

So we leased out space in Midland, continued to say yes to more fabrication projects, and then we ended up leasing two more spaces in Midland. That’s where we started buying more equipment.

There was a competitor that went out of business, a very large-scale museum builder that we looked at purchasing. Spent about six months of my life, and a little bit of Mark’s, to decide if we were gonna buy that facility or build our own. But we wanted to build it the ZENTX way and do our own format, our own workflow, so that’s what we ended up doing.

We’re between two buildings on the property now. We have about ten acres, about 18,000 square feet, so from our humble beginnings of 3600 square feet we’ve — I think the area that we do our finishing in now, which used to be in the basement with the seven-foot ceilings, now has thirty-foot ceilings and probably at least 3000 square feet. So our whole [former] facility would have fit in our new finishing area, which is hard to believe.

We’ve been able to control our workflow better. I think it’s made sense. We haven’t regretted building a facility, even if we spent as much if not more money than what we could have bought that whole [museum] company for.

It’s worked out well: we have room to grow, and we want to grow.