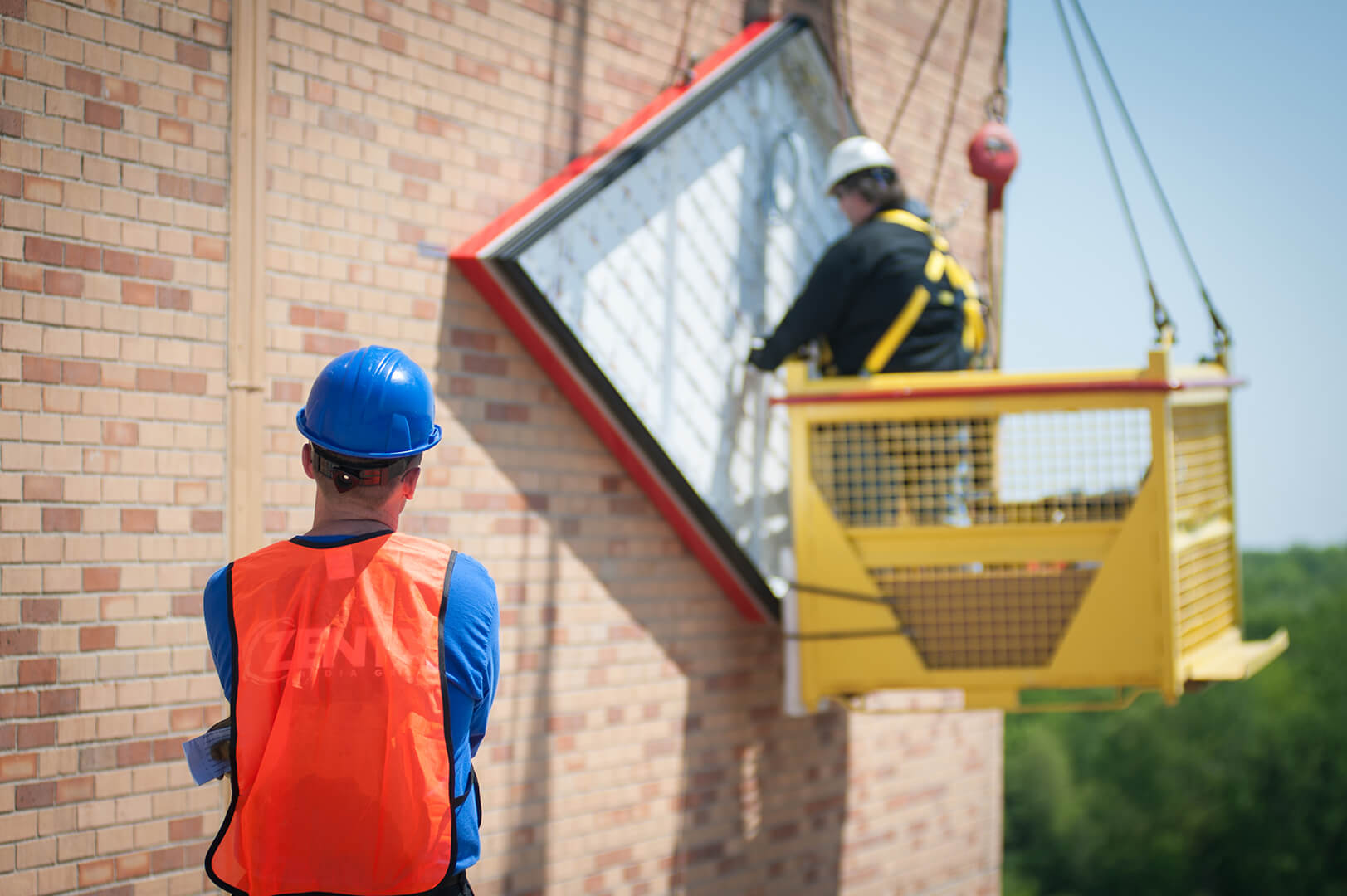 It’s been a great year here at ZENTX. As we are only days away from beginning 2013 I thought it would be nice to recap some of the highlights we’ve had over the past year.

We Moved Into Our New Building

One of the best things this year was that we finally moved into our new building. It was a long time in the works and we still have some finishing touches to do, but we are all under one roof. Yeah! It’s been great for us as a company to have design, printing, finishing and fabrication all together; we’ve seen a difference and hopefully you will too. Many of you have been asking about an open house and I wanted to let you know that we WILL be having an open house in early 2013. More information will be revealed about that after the new year.

This year we installed a sign 80 feet in the air, which happens to be the highest sign we’ve ever installed before. It took 2 cranes (1 for our installers and 1 for the sign), a bunch of man hours and some precision to make sure this sign was installed perfectly. Thanks to Bierlein for their involvement and with the cranes and great crane operators which made our job easier.  The sign turned out great (even before it was installed) and is a nice addition to Dow’s 2030 Building.

We Wrapped a Fleet of Ambulances

We helped McLaren Bay Region kick off their rebranding with some awesome looking wraps for their fleet of ambulances. A lot of man-hours went into prepping and wrapping the 12 ambulances but in the end they all looked great.  We helped bring back some life into these life-saving vehicles.

We Produced Some Really Cool Signs for the Airport

This year we created some really cool signs for MBS International Airport’s new terminal. In my opinion, the main entrance sign is one of the coolest signs we’ve created thus far (but that’s just my opinion).  All of the exterior signs were designed, fabricated and installed by us and all have architectural influences from the terminal’s roofline.  Everything looks great and compliments cohesive  the look of the new terminal.

This spring we had fun converting the signage at 5 credit union locations; we had 3 days and some not-so-nice weather to make sure that all of the old credit union signs were down and replaced with new Members First Credit Union’s signs.  Our installers fought the snowy-rainy mix to ensure that everything was complete in time for Members First Credit Union’s conversion date.

We’ve Worked On Some Really Cool “Top-Secret” Things Too

We were lucky enough to work on some really cool projects in 2012.  Unfortunately for you, we can’t share EVERY project we work on because of confidentially agreements.  But trust me – you’d be impressed!

I hope 2012 was as good to you as it has been to us.  We have some big and exciting projects planned for 2013 and I cannot wait to share them with you.  Keep checking in to see the latest projects we’re working on.  If you ever need more information, you can also contact us at 989.695.6770 or email us at info@zentx.com.  I hope you have a safe New Year and see you in 2013!