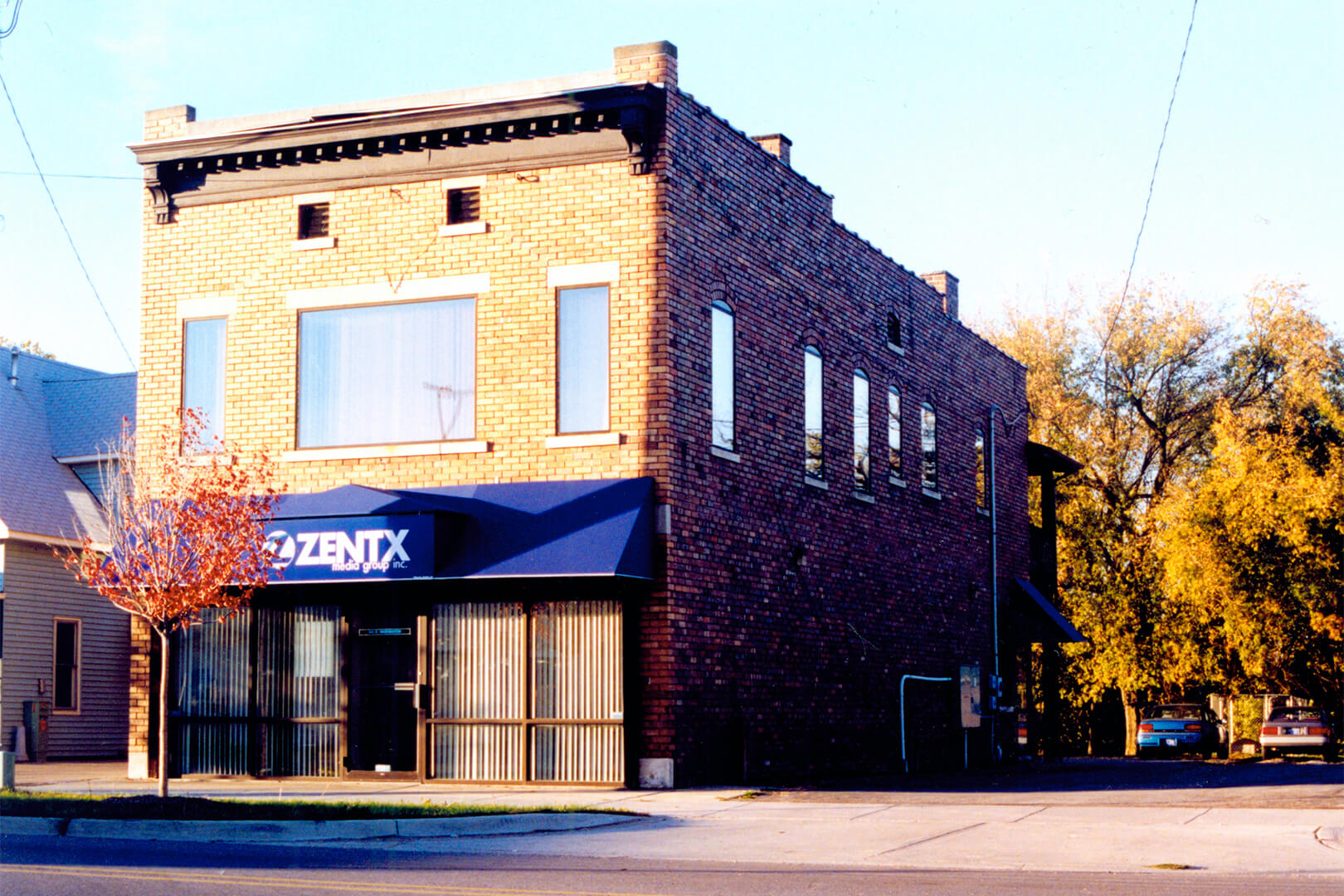 145 E. Washington: The Story Behind Our First Building

Part 2 of 9 in a series about ZENTX’s history and values.

When Mike and Mark Wenz decided to start a business, they knew they’d need an office with some special qualities. We’d need enough space for saws, stacks of materials, and the other tools required for custom fabrication projects. Plus, Mike and Mark wanted to be able to access each of the tri-cities (Bay City, Midland, and Saginaw) easily. That way, we could serve customers and hire employees from each city.

Fortunately, several small towns sit in between the tri-cities. One of them, Freeland, emerged as the perfect location. And it had a newly-available office building that would work for us — although it came with a major quirk. But we’re getting ahead of ourselves. Here’s Mike with the story of the building at 145 East Washington Street.

Mike: Yeah, so we started. The building was in downtown Freeland, if you can call it a downtown. It was the oldest building in Freeland, but had all been remodeled when we acquired it. We were looking around — basically all around the Freeland area, and we looked at a few different facilities before we bought it. When we were looking at Freeland, it was in the middle of everything, so it only made sense.

All of our customers are within fifteen minutes of us. And then more importantly, all the people that we would eventually hire, we figured they would only have a fifteen-minute drive.

My father-in-law at the time worked at this building we ended up purchasing, and I’d known that they had gone out of business. And I had been in that building when I was probably sixteen years old, and actually did some [work] in there. I always liked the building.

It wasn’t even for sale when we originally approached it, but then we found out the bank was about to take it over. I contacted the bank and they said, “Yeah, we’d for sure like to entertain an offer; it’s about to go into foreclosure”. So I had to work with the guy who owned the building at the time to negotiate the deal.

Pros and cons of it: we were on about three floors, 1200 square feet on each floor, 3600 square feet altogether. But it felt good; it felt like it was the right place at the right time, the right facility. We made it work.

I mean, we were laminating and finishing in the basement. The ceilings were probably seven feet tall, so we couldn’t hire anybody who was tall. {laughs} If they were too tall, sorry, you can’t work here, you’d have to work in our basement where our ceilings are only seven feet, so —